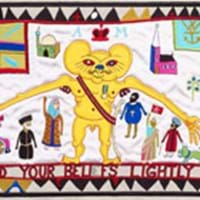 It's been a tumultuous year due to the pandemic. Rebecca George OBE took over the helm as BCS President just as the lockdown came into effect. Here, she reflects on her year in office.

After stalling for a generation, the numbers of women choosing IT careers is at last on the up, writes Johanna Hamilton AMBCS. Six BCS fellows share their thoughts on boosting females in STEM careers and make suggestions for not only for attracting, but retaining women in the IT workplace.

There is a myriad of reasons why women choose not to pursue a career in STEM. It starts with a lack of role models and cascades down through perception, culture, pay, working conditions... It’s complicated, writes Johanna Hamilton AMBCS.