In these scenarios, grouping can be made among several Roaming Vehicles (RVs), which are interested in the same content and then transmit cooperatively via multiple hops to provide reliable content distributions. This grouping of cooperative users not only releases traffic load on the vehicular network but also provides an efficient quality of service to the end-users. However, energy and latency need to be considered in order to group edge users to clusters. Hence, to address this need, we present a multicast clustering mechanism for multi-hop communications.

A quality of service-aware routing algorithm (QRA) that forwards packets toward the most reliable and connected path to the destination is developed and evaluated. On another attempt in supporting SDIoEAV in saving energy with providing efficient multicast service, Transmission Power Adaptation (TPA) scheme for obtaining better power tuning was developed and tested based on evaluation weighted matrix based on piggybacked information.

Ali Safaa Sadiq born in Baghdad, Iraq and completed his first degree in Computer Science at AL-Mustansiriyah University in 2004, after that Ali has moved to Oman where he has joined the industry for 5 years working in the area of Computer Science and Networking. Afterwards, Ali has moved to Malaysia where he has done his MSc and PhD degrees in Computer Science from University Technology of Malaysia in 2011 and 2014 respectively. Ali has been awarded the Pro-Chancellor Academic Award as the best student in his batch for both Masters and PhD. Ali has also been awarded the UTM International Doctoral Fellowship (IDF).

Ali has served as a lecturer at the School of Information Technology, Monash University, Malaysia/Australia. Previously he has also served as a senior lecturer at the Department of Computer Systems & Networking, Faculty of Computer Systems & Software Engineering, University Malaysia Pahang, also as a visiting researcher at MIMOS research centre. He has published several scientific/research papers in well-known international journals and conferences in the areas of vehicular networks, handoff algorithms and network security. He has supervised 3 PhD students and 3 Masters Students as well as some other undergraduate final year projects, in addition to his involvement in conducting 5 research granted projects. His current research interests include Wireless Communications, Network security and AI applications in networking.

THIS EVENT IS BROUGHT TO YOU BY:
BCS Wolverhampton Branch
Visit https://www.bcs.org/membership/member-communities/wolverhampton-branch/ 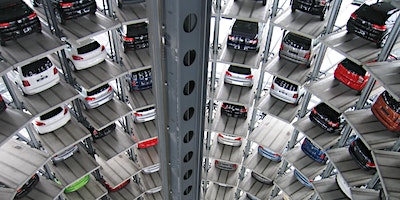