Andy Stanford-Clark is the Chief Technology Officer for IBM in UK and Ireland. He is an IBM Distinguished Engineer and Master Inventor with more than 40 patents. Andy is based at IBM's Hursley Park laboratories in the UK, and has a long background in Internet of Things technologies.

We experience the benefits of classical computing every day. However, there are challenges that today’s systems will never be able to solve. For problems above a certain size and complexity, we don’t have enough computational power on Earth to tackle them.

To stand a chance at solving some of these problems, we need a new kind of computing.

Quantum computers could spur the development of new breakthroughs in science: Medications to save lives, machine learning methods to diagnose illnesses sooner, materials to make more efficient devices and structures, financial strategies to live well in retirement, and algorithms to quickly direct resources such as ambulances.

This event is supported by the BCS Hampshire Branch, the Institution of Engineering and Technology and the University of Portsmouth.

If you would like to receive for free, emails about the Hampshire Branch activities, enrol on hampsnonmem-join@lists.bcs.org.uk 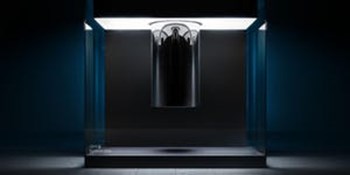