Arguing the case for IT investment 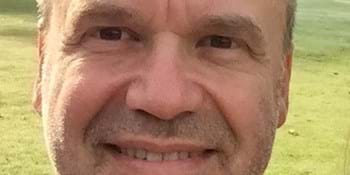 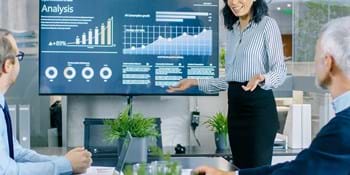 ‘Director of Nottingham Children Services? I wouldn’t want that job for all the tea in China! But I knew that, if I got the tech right, I could help him and the kids, you know, to do his job a little more effectively.’

Chris is a seasoned CIO with an impressive number of large organisational IT transformations under his belt. He also seems a nice guy, which isn’t always an advantage in our industry. Fresh from his most recent transformation, a radical renewal of the technology stack for the UK’s Open University, I asked him about his experiences as an IT-transforming CIO.

Created by Jenny Lee in 1968, the OU is Europe’s largest university, with over 200,000 students, 11,000 staff and turning over £500M each year. It's structured like a business, with an exec board (the quaint 'vice chancellor's executive') and a non-exec board ('council') filling the traditional roles.

The most impressive thing about the OU is the scalability of its business model. Its mid-life growth through the turn of the century was accelerated by new systems, latterly web-based, coming online. The university innovated in many different areas in parallel, never developing a coherent 'systems of systems' strategy.

When Chris joined in 2015, he faced a 25-year-old tech stack of the 350 individually solid, but glued-together - actually, glued isn’t quite the right word - let's say tacked-together systems, which had taken the OU from a 'paper-based university' to, as Chris put it, a ‘paper-based, computerised university.’

Those 350 systems had bought the university some time and were sufficient for the OU to continue grow its student numbers. However, they also allowed deeper thinking about an aggressive digital future - with many e-savvy competitors coming online - to be kicked down the road. By 2010, that can had been kicked as far as it could.

For Chris, like many incoming CIOs, there was going to be no honeymoon period.

Chris' first step was to understand why this had happened. His team told how previous attempts to build the university out of tech debt by upgrading installed systems had failed, ultimately making things even more difficult as tech stacks became more siloed. A tech debt crisis edged closer: many systems ran on VB6, for which support had officially ended in April 2008; it was all Ingress databases, which were also losing tech support.

I asked him how the business had got into this state: ‘It was the board... how can they possibly make informed technology decisions when there's nobody around the table who knows anything about technology?’

The then CEO's laser-like focus was cutting costs. So, even if the board had understood the ramifications of the tech debt the university faced, Chris got the message that it was not the time for the costly (and possibly very risky) IT transformation programme that he was arguing for.

Long story short, finance isn't the be-all-and-end-all of any university and the realisation brought a quick change to a more IT-savvy interim CEO. The interim gave Chris his seat at the table and provided the cover he needed to argue for massive IT investment.

A couple of devastatingly good PowerPoints later, he had brought both the exec and non-exec board on his side for the almost £100M transformation. Chris had got to 'Yes!'

However, Chris' situation isn't typical. With the most recent Harvey Nash / KPMG CIO Survey to have figures  showing a large decline in the numbers of CIOs sitting on the board, the CIO's voice will increasingly be ignored by digitally naïve boards facing other pressures.

That's a risky strategy for any organisation to take and not one that the UK can afford as it faces a brutally aggressive digital future. You, as CIO, are your organisation's change leader. It's time to lead.

Next time, I'll tell you about how the OU's 30 years of accumulated tech debt was finally paid off. Or was it? Join me in the summer issue to find out!

Jon G. Hall CITP FBCS is Senior Lecturer for the Open University and Board Member of the Better Hiring Institute.

The business guide to Filecoin