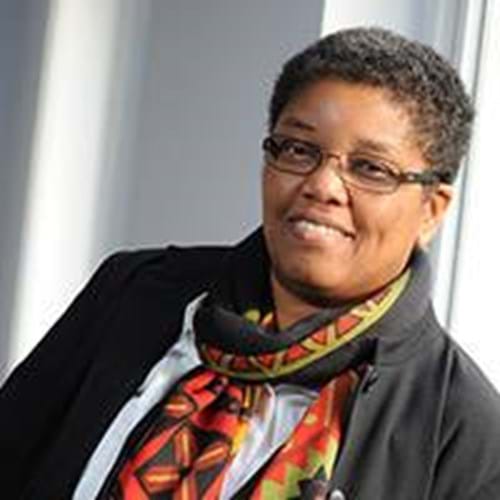 The UK’s only black (Afro-Caribbean) female professor of Computer Science, Dorothy Monekosso, has been awarded an Honorary Fellowship by BCS, The Chartered Institute for IT.

Professor Monekosso, of Leeds Beckett University, received the honour for her work on Smart Homes for people living with dementia and for her campaigning work to promote diversity in the tech sector. Her pioneering research also includes developing artificial intelligence for spacecraft.

Proud to be become a BCS Fellow

Professor Monekosso said: ‘Computing was a niche subject when I started and we couldn’t have known how tightly IT would become woven into our personal and professional lives. The pandemic has turbo-charged the integration of computing into society, and so I’m especially proud to be become a BCS Fellow at this critical point.

‘When I took up my first job, in satellite engineering, using the internet was the preserve of the few like myself working in cutting edge organisations. My first task was the design of the on-board computer for a low earth orbit satellite to deliver medical information to remote places in Africa.

‘A doctor in the field would upload a request for information using a ‘small portable’ transmitter, half a day later as the satellite passed over the UK or US, the request was fulfilled by a medical school. Telemedicine (and computer networks) have come a long way since then!

Black women make up less than 1% of IT specialists

Although the proportion of women in IT is increasing, they account for just 20% of the industry, according the BCS’ latest analysis. Black women make up less than one percent of IT specialists and their representation is 2.5 times worse that it is in other sectors.

Professor Monekosso continues: ‘Diversity isn’t just a nice thing to have in tech teams; it is essential to creating an end product that doesn’t exclude anyone, and has the highest ethical standards baked in. Only when we have diverse teams can we properly consider all those users’ experiences and needs.

‘We need to move away from inclusion being a box ticking exercise; unless we decide that diversity remains a challenge for IT, we cannot change. The work that groups like BCS and Coding Black Females are doing to amplify the voices of people from ethnic minorities is a great start; our long-term message is that real change rests with the thousands of individual leaders and managers across the industry.’

Professor Monekosso is helping BCS develop a programme of engagement and support for under-represented groups throughout the IT industry. As part of this commitment, BCS is creating a new membership group, dedicated to promoting and supporting IT professionals from BAME backgrounds.

Rebecca George OBE, President of BCS said: ‘Dorothy Monekosso chose IT when there were few role models in tech who were women and almost none who were black women.

‘The gap is closing in IT, but too slowly, and as the professional body for the industry, BCS now has a laser-focus on diversity and creating opportunities for talented people from the broadest possible range of backgrounds.

‘Professor Monekosso’s place in our roll of Honorary Fellows is richly deserved because of the impact her work has had on society and knowledge at the highest level.’

‘Among her game-changing professional contributions to multiple sectors, perhaps the best is that she has used IT to make people’s lives better, particularly the most vulnerable, including people with dementia.’

‘I hope the Honorary Fellowship goes some way towards giving her contribution the status and recognition it deserves and we’re proud to have her represent our industry and inspire it to further change.’

During this research, she became increasingly interested in AI and applied machine learning for autonomous spacecrafts. She holds a PhD in Space Systems Engineering from the Surrey Space Centre, University of Surrey and now works as a Professor of Computer Science in the School of the Built Environment, Engineering and Computing, at Leeds Beckett University.

The majority of Professor Monekosso’s work has been undertaken in the healthcare sector developing ICT based intelligent systems to enable people living with dementia to remain at home longer. She has also made a significant contribution to the rehabilitation of stroke patients by developing devices to support upper limbs and several standalone tools or cognitive aids to support people with memory impairment.

Careers and skills Computing in society