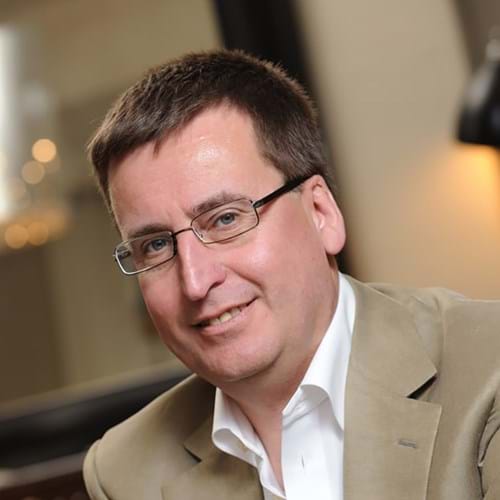 He subsequently obtained a Bachelor of Laws (LLB) from the Open University and the College of Law. The University said it gives honorary degrees to 'persons of conspicuous merit or distinction who are outstanding in their academic or professional life or particular field.'

Since 1967, the University of Essex has honoured more than 300 individuals for their contributions to learning, creativity and the acquisition of knowledge, human welfare and human rights, and the building and maintaining of a fairer society.

Nigel said: "To say I'm honoured by the University's decision is an understatement. I'm looking forward to returning to the Colchester Campus for the summer graduation ceremony".

Nigel was born in Liverpool and educated at Wigan and Prescot Grammar Schools. After graduating, he worked for Digital Equipment Corporation on computer networking and their innovative ALL-IN-1 office automation software and for Volkswagen on early computer assembly line automation.

He is a Chartered Engineer and a Chartered IT Professional. In 1991, he was one of the first BCS members to be awarded the European Engineer title. He is a Fellow of both the Institute of Directors and the Royal Society of Arts.

He is a member of the BCS' Fellows' Technical Advisory Group (F-TAG), which focuses on the opportunities and challenges of emerging technologies, and what they mean for the digital industries and the competitiveness of 'UK Plc'.

An influential computer scientist, Nigel, was one of the students at the University of Essex who conceived and developed the world's first multi-user computer game (MUD). It's the forerunner of today's multiplayer online role-playing games (MMORPGs) and the metaverse.

He served as a Director on the Internet Corporation for Assigned Names and Numbers (ICANN) Board between October 2018 and October 2021. Nigel was one of the US Government's International Forum participants on the White Paper (IFWP) from 1997 to 1998. It led to the creation of ICANN, a not-for-profit public-benefit corporation working worldwide to keep the Internet secure, stable, and interoperable.

He also created the .GG and .JE top-level domains for Guernsey and Jersey in 1996.

He has an amateur radio licence and was a Director of the Radio Society of Great Britain between 1991 and 1996. He ran as a Liberal Democrat for the UK Parliament in the Ipswich Constituency in the 1997 General Election. He later served for a short time as an elected member of the Alderney legislature (the States of Alderney) from 2002 to 2003.

Nigel divides his time between Manningtree in Essex and Alderney in the Channel Islands.

He is also on the boards of directors of two local non-profit organisations – the Alderney Broadcasting Company, which runs community radio station QUAY-FM 107.1 and the Royal Connaught Residential Home Limited, which looks after older people. In his spare time, he enjoys travelling, playing chess and poker, and presenting a music programme on the local island radio station.