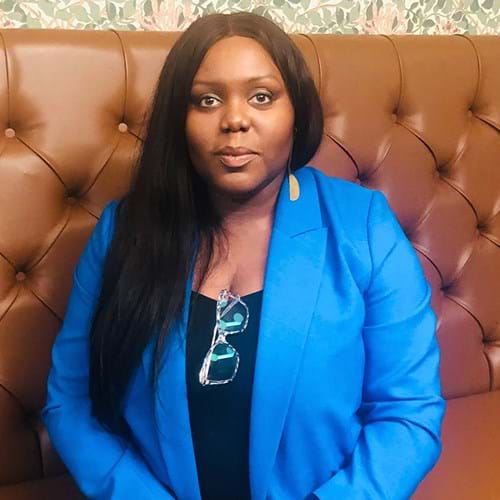 Five women who are members of BCS are featured in Computer Weekly’s Top 50 Most Influential Women in UK Tech 2021.

In addition, a member from BCSWomen has also been included in the Computer Weekly Women in Tech Rising Stars category and two more have been added to its prestigious Hall of Fame.

The aim of each of these lists is to make great women in the sector visible as industry role models. BCS members included are - Andrea Palmer, Sarah Armstrong-Smith, Charlene Hunter, Sharon Moore and Tristi Tanaka.

Each year Computer Weekly recognises several great women from the IT industry fort their lifetime achievements. Rebecca George and Sarah Burnett - BCSwomen who have had lasting careers in technology and who have made a lifetime contribution to the sector have been added to Computer Weekly’s Hall of Fame while another of our members - Nicola Martin - has been recognised as one of this year’s rising stars.

The BCS Women included in Computer Weekly’s Top 50 Most Influential Women in UK Tech this year are:

4. Andrea Palmer, business change and digital transformation manager; BCS fellow; chair, BCSWomen
Palmer has led a long career in business change and digital transformation, having held various roles at energy firm BP over a 15-year span. She is currently the chair of BCS Women, sits on the BCS society board and volunteers as a programme manager for iSAW International.

In previous years she has served as one of Computer Weekly’s expert judges for the Most Influential Women in UK Tech list, dedicating a lot of time both in and outside of her work to furthering the conversation around getting more women into the tech sector.

Previously, Armstrong-Smith has been non-executive director for Decipher Security, group head of business resilience and crisis management at the London Stock Exchange, and until 2019 was the head of continuity and resilience, enterprise and cyber security at Fujitsu.

9. Charlene Hunter, CEO and founder, Coding Black Females
Hunter founded Coding Black Females in 2017 as a network for black female software developers, and is a software developer herself. As well as acting as an advisory board industry representative in the University of Essex Online’s computing department, Hunter is the technical director at both SAM Software Solutions and Black Codher Bootcamp.

Previously, Hunter was lead software engineer at Made Tech and held roles such as senior software developer, lead Java developer, app developer and technical consultant at various firms. She was named a Computer Weekly Rising Star in 2020.

11. Sharon Moore, CTO for public sector, IBM UK
Moore is chief technology officer (CTO) for public sector at IBM UK, having previously focused on designing technical solutions for IBM’s clients in the travel and transportation industry, incorporating engagement, internet of things (IoT) and analytics technologies, in her role as industry technical leader for travel and transportation. Moore is also deputy chair of BCS Women and is the BCS Women Scotland lead.

36. Tristi Tanaka, technology change programme leader; BCS Women committee member; fellow, ForHumanity
Tanaka is currently part of the programme team for All4Health&Care, a community launched during the pandemic to connect digital healthcare providers with the public sector. She is also the head of the CMO Office for Black Country and West Birmingham CCGs, a fellow, independent audit for AI systems for ForHumanity, and a BCS Women membership secretary.

This year marks the 10th anniversary of the Computer Weekly Women in Tech list, which started out as a list of 25 in 2012 to make female role models in the sector more visible and accessible.

Since then it has greatly expanded, growing in 2015 to include 50 women, as well as introducing annual lists of Rising Stars and a Hall of Fame to ensure as many women in the sector as possible are given recognition for their contribution to the tech sector and the advancement of diversity and inclusion in the IT industry.

To mark the 10th anniversary, 10 names have been added to both the 2021 list of Rising Stars in the women in tech sector and the Hall of Fame dedicated to honouring women who have made a lasting impact on the technology sector. The Rising Stars list includes one member of BCSWomen:

Nicola has over 20 years of experience in the tech industry and made the longlist as one of Computer Weekly’s Most Influential Women in UK Tech, as well as their 2021 Women in Tech Rising Stars Top 10.

Nicola is passionate about increasing diversity and inclusion in software engineering. She is a committee team member for BCSWomen and the Special Interest Group in Software Testing (SIGiST). Nicola also mentors for the BCS and AFBE-UK. She is also Head of Education and Mentorship for Women in Tech Global® UK.

The BCS Women added to Computer Weekly’s Hall of Fame

Prior to this role, she was lead public sector partner at Deloitte, where she was responsible for projects such as helping the public sector improve efficiency and develop best practice. George is a non-executive chair for the Department for Education’s T-Level reform programme, and recently stepped down as president of the BCS and as a board member of the City Mental Health Alliance. She was awarded an OBE in 2006 for her work on sustainable communities.

Sarah Burnett, founding partner and non-executive director, Emergence Partners
Burnett is a founding partner and non-executive director at management consultant firm Emergence Partners, where she is head of technology immersion and insights. Prior to this, she was an executive vice-president and distinguished analyst at Everest Group, where she used her skills to lead the group on global service delivery automation research and European practice across its global services research areas.

Before joining Everest Group, Burnett was vice-president of research at Nelson Hall, covering areas such as infrastructure, IT outsourcing, cloud and government business process outsourcing. Until recently, Burnett was chair of BCSWomen, and in 2017 launched the BCSWomen AI Accelerator. She is a contributing analyst, writer and author for online ethical tech publication Techopian.

Pressing reset on IT management methods