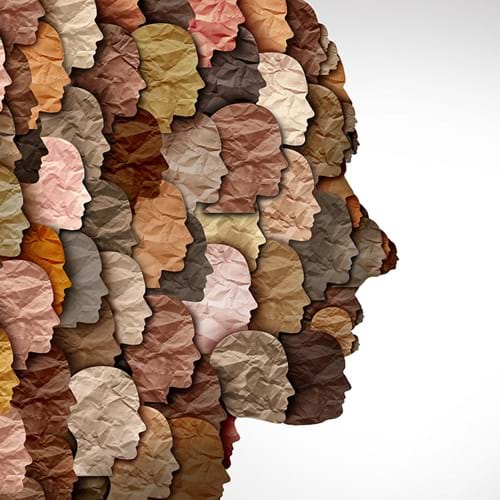 The theme of Black History Month 2021 is 'Proud to be'. We spoke to two black women in tech about their careers. 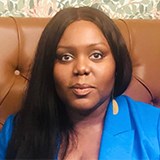 Nicola is passionate about increasing diversity and inclusion in software engineering. She is a committee team member for BCSWomen and the Special Interest Group in Software Testing (SIGiST). Nicola also mentors for the BCS and AFBE-UK. She is Head of Education and Mentorship for Women in Tech Global® UK.

For Black History Month 2021 she told Claire Penketh about her reaction to its theme of 'Proud to be'.

'I'm proud to be a black woman in the tech space, and that what I have to say about my work and diversity is now being heard. When I found out I was in Computer Weekly's Top Ten Rising Stars, I thought it was odd because I've been doing this for so long! But it's not always an award for people at the start of their careers. I've had to explain to friends and colleagues the award means the work I've done in this space is being finally recognised.

'Over the years, I've done a lot to help diversity, and specifically women in tech. But I never imagined I would be nominated for anything like this, and I never thought it would happen. It's pretty mind-blowing, and I've had loads of people congratulate me, which has been amazing.

'When I started in the industry, I realised how lonely it was to be a black person, especially as a woman. I might see other black people, but it was rare. At first, I just accepted it, thinking that was just how the IT industry was, but as time went on, I realised that it wasn't right and began to speak up. It makes me so happy to see groups working in this space that support and elevate Black and Minority ethnic women.

'Diversity is essential in tech because if you don't have diverse teams behind the products, you can't possibly meet the needs of your diverse customers.

'More has to be done to encourage more diversity and retain existing staff. If you can't get the numbers up, then that is a problem that needs addressing.

'One of the things I love is mentoring. I love both sharing my knowledge and learning from the people I'm mentoring.

'Unlike some stories I've heard as a mentor, I wouldn't say that my tech career has been problematic. I've been lucky, and my journey has been relatively easy. I've worked on some fantastic and challenging high-profile projects for the government, banking, education, and media.

'I'm used to working in groups where I might be the only woman. I did a lot of contracting, and it gave me an extra layer of strength. However, I could have probably done more with my career earlier if I'd been in more permanent roles, but I believe I'm making up for it now.

'I'm proud when people say to me that I'm now an inspiration for them. I never considered myself to be that for anyone. I wonder if I had spoken up before, then maybe my recent recognition would have happened a lot earlier.' 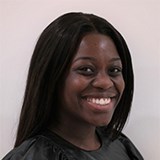 Coding fascinated Buki Thompson from an early age, but she didn’t study it at university, nor through a digital apprenticeship. It was through music and art that she found her way into a career in tech.  She told Claire Penketh her thoughts about the theme of Black History Month 2021, ‘Proud to be’.

‘I’m proud to be a systems engineer. My route into a career in tech was not conventional, but it reflects who and what I am. I studied psychology at university, and I was an artist who was also passionate about music. I learnt coding whilst playing around with the lay-out of my Myspace site. I didn’t know I was coding, but I loved creating something from the lines of code.

‘Any idea you have in your head you can turn it into something real. For instance, think about online shopping - you want something, you press a button, and it appears at your door!

‘I realised there were very few women in tech, especially black woman. I wanted others to understand the passion that I have, and for them to learn digital skills too so that they could use code to make a website or create music.

‘I set up a Hip Hop group online to help others learn coding. Usually, it’s black people who listen to hip hop. I saw this as a unique selling point, a way to reach people who weren’t the usual type you see in the industry. If you think about it, writing music is a form of code. Someone once said to me that code is like poetry, which I thought was beautiful.

‘I decided to learn coding properly and took a series of intensive courses, giving up my day job in sales.  Eventually this led to my current position as an experienced systems engineer at Principle One. I’m think there is more support now, because of groups like Coding Black Females, which campaigns for more black women in tech. I have become an ambassador for CBF and I want to see more women like me in middle and senior roles in IT.  What once appeared to be impossible, is becoming a reality.’

Computing in society Diversity and inclusion