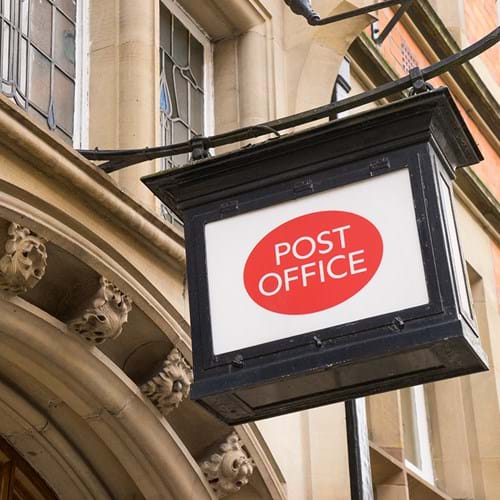 A law assuming computer evidence is reliable - and which saw sub-postmasters prosecuted by the Post Office - must be revisited to avoid more miscarriages of justice - says a BCS legal expert.

From 2000, the Post Office brought charges against 736 staff, based on data from its flawed Horizon IT system. Some went to prison following convictions for false accounting and theft.

As of July 2021, a total of 59 former sub-postmasters have had their convictions quashed - with more due in court over the coming months. Sub-postmasters wrongly convicted of offences will get interim compensation of up to £100,000, the government has said.

BCS backs changes to the law

BCS has now called for an end to the legal presumption that computer systems data are always correct, with no burden on the prosecution to prove it.

The special powers of the Post Office to bring its own prosecutions should similarly be reviewed immediately, it added.

“There is currently a legal presumption that the computer is always right; the Post Office could rely on the fact that the courts assumed the system to be functioning well.

“It was for the Post Office staff to prove that the outputs and logs from the computer system were flawed or not accurate. Yet how could non-IT specialists be expected to prove this when even some experienced IT professionals would find it a challenge to do so?

“If the Post Office had been required to prove that its computer system was operating reliably the case may well have had a different outcome.

“As one of the few institutions in the UK with its own powers of investigation and prosecution, the Post Office appears to have pursued suspected sub-postmasters in an aggressive way that led to a huge miscarriage of justice. The case raises separate questions over whether the alleged victim organisation should ever be able to launch private prosecutions themselves.”

Trust in IT is key

BCS CEO Paul Fletcher said: “When flaws in IT systems are made central to a miscarriage of justice, we expect organisations to be accountable for their corporate actions.

“This case uncovered a range of issues that are key to the reputation of our industry, including the relationship between technology and organisational culture as well as the vital importance of meeting independent standards of professionalism, trust and ethics.

“With so many lives, so severely affected we are adding our members’ voice to support for a public judge-led enquiry. We are also calling for a swift review of how computer evidence is treated by the courts. Organisations relying on data from computer systems to support prosecutions should be required to prove the integrity of that data.

“This level of transparency is essential to retaining public trust in IT which is a huge force for good in all our professional and personal lives, as the pandemic has proved."

The Institute joins a range of campaigners supporting the statutory enquiry. They include several MPs; Rev Richard Coles, BBC Radio Four presenter; and the Justice for Sub-postmasters Alliance (JFSA). Computer Weekly’s investigative journalists have also been championing the plight of the former staff since 2009.

The Appeal Court said in its judgement earlier this year that the Post Office knew of “serious issues about the reliability” of the Fujitsu-developed IT system yet continued to bring “serious criminal charges against the sub-postmasters on the basis of Horizon data.”