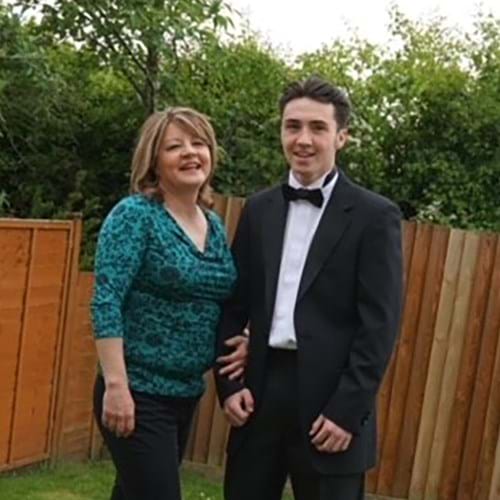 Studying while you earn is at the heart of any apprenticeship, but what’s it really like when your son or daughter goes through this process - and what are the benefits of choosing a career in IT? We asked Claire Tye to give us her insights into supporting her son, Cameron Warwick, through his Level 4 digital apprenticeship.

Cameron is a junior technical engineer at Swindon based Etherlive, an events technology company that provides Wi-Fi, CCTV, and video links for events. He’s worked at music festivals, the RHS Chelsea Flower Show and the Royal Windsor Horse Show to name a few.

Claire said Cameron reached a crossroads at school, and doing a digital apprenticeship made sense: ‘Cameron struggled at sixth form college, and he wasn’t quite sure what direction to go in,’ she said. ‘He’d thought about an engineering apprenticeship, so I was surprised when he decided to go into IT. But it’s great - he’ll never be out of a job because there are lots of careers you can go into.’

Claire’s said that she was open to the idea of Cameron doing an apprenticeship because of her own background in the corporate world as a Personal Assistant: ‘I did a Youth Training Scheme in the eighties, which is like an apprenticeship as I had to work and study - and it was a great start to my career. Plus, places I have worked for had apprentices, so I was familiar with the idea of learning on the job.

‘When it came to the coursework, he seemed to just get on with it - a lot of it I didn’t understand! But I could support him by reading through his assignments.’

One of the important things that Claire says she learnt is that apprenticeships are not just for the more traditional trades, like engineering or construction.

‘There is still the perception that apprenticeships are trade-based, for people like plasterers and the like. There just isn’t enough information out there - it always seems the emphasis is on A-Levels or going onto university.

‘Doing the digital apprenticeship gave Cameron insight into where he could go, and what might interest him. It’s so important, when choosing a career, that you are passionate about it.

‘There needs to be more promotion in the media so people become aware of the wide range of modern apprenticeships.’

As a proud mum Claire said doing an apprenticeship helped her son become more mature in his outlook: ‘The great thing about the apprenticeship is that it has given Cameron independence. He has a salary and he’s gained built up valuable workplace experience, and everything that goes along with that, such as time management and team working. He’s had excellent mentors - and put his whole heart into it.

‘To other parents, I would say apprenticeships are a fantastic gateway into a career. I would recommend it to anyone. I’m so proud of what Cameron has achieved, now he’s qualified, and I’m very excited about his future.’