Games that get children making games 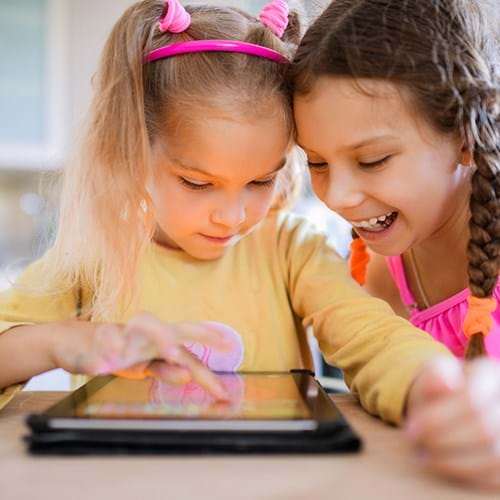 Video games that teach coding as you play can open the door for an untapped audience of programmers. Journalist Andy Robertson explores how families that previously ruled themselves out of making their own games can create something unique, complex and enjoyable in hours.

In the rush to justify children’s increased use of screens, it can be easy to reduce video games as vehicles for learning. Of course, they are much more than this. Children love gaming media because it tells amazing stories, creates civic spaces, invites curiosity and offers hope.

Still, while all that is happening, there can be all sorts of collateral learning going on. Whether it’s developing an understanding of architecture in The Sims, investigating float mechanics in Stormworks, visiting an ancient civilization in Assassin’s Creed’s child-friendly Discovery Mode, the opportunities are endless.

I’ve long been a fan of games like Mario Maker or Conduct Together that let you create levels and then share them with family and friends. Moving from these to coding can be a bit of a leap though.

Game Builder Garage fills this gap with a game maker system well suited to young game makers. Better still, it’s really good at proving to parents, who think they could never make a game, that it’s not only possible but a lot of fun.

Game Builder Garage has some clever tricks to do this. Firstly, it avoids the interface becoming too text-heavy. By using a set of Nodon characters for each of the game’s functions and operators, you can make a game with minimal reading.

This visual representation of your game world and interconnecting logic is extended in the interface by being able to wire up the logic relationships that drive the game both in terms of interaction and visuals.

You can click ‘play’ at any moment to see what you have made. This ability to try out half-finished (often half-broken) games helped the families I work with, get into experimenting with their games. Trying something, seeing how it worked and then iterating on that idea, led to many inventive games being created.

I also liked how you could interact with the game creator in different ways. By default, you start with a cursor on the TV, but you can switch this to pointing and motion controls, if that’s easier. Or you can undock the Switch and use the touch screen. Finally, you can connect a mouse to the console if you’d rather have that interface.

As with most game maker games you can save and share your creations once they are complete - this is another nice aspect of the experience. It meant that children could work on a game at home and then write the code down so they could show teachers what they had made on the school Switch.

Create your own levels

Game Builder Garage is one example among many games. To help parents find these resources I’ve put together a database of family-friendly video games. This includes lists of games that have been good to highlight: Games where you make games while you play; Games that develop critical thinking; Games that teach automating processes.

Along with using these lists, the following games are great examples of experiences that offer approachable level designers:

If you are looking for a more fully-fledged development tool, that’s also still a game, there are some great options. While they require some time to learn and perfect, these tools are more affordable and approachable than fully fledge development environments:

If you are looking for a way to add some creative screen time into the family mix, these game maker experiences are an excellent place to start.

Andy Robertson is a journalist specialising in family gaming. He runs the Family Video Game Database and wrote Taming Gaming.