How to optimise teams when outsourcing 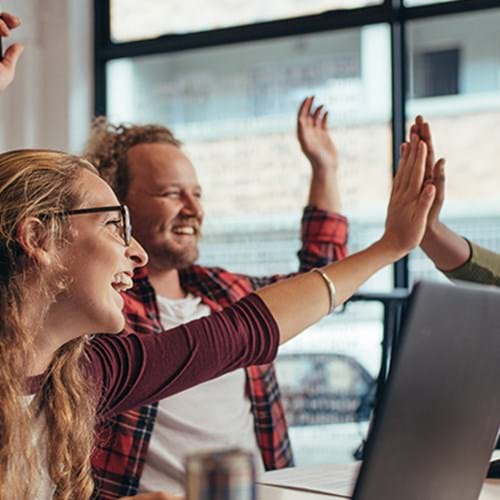 Outsourcing is when a business uses a third-party company to perform tasks and services. The granularity of these services and the types of services vary from very small (single person, hired as a freelancer) all the way up to very large (an entire department or skill set fully outsourced e.g., all software development, or all operation and management of the IT systems).

In between there are several intermediate levels covering small (one or two people hired from a business as a B2B relationship), medium (a team hired for a project with a finite duration or for an ongoing task e.g., build product X or support product Y for 12 months) and large (several teams for a big project or multiple projects running simultaneously).

These services can be satisfied with freelancing, sub-contracting or outsourcing. Freelancing describes a single person operating on their own, whereas sub-contracting is when a business is employed for a finite duration project or task. Outsourcing traditionally described an entire department or function moved out of a business for cost reasons but has evolved as an overarching term to now describe sub-contracting of all sizes, locations and models.

There are also a variety of terms used to describe different outsourcing models:

When teams consist of staff from a mix of businesses, it is key to clarify accountability and responsibility. When there is one group, either inhouse or offshore, which does all the work, accountability is very clear. As the mix changes the opportunity for problems arise. When issues occur, it is harder to get rectification work completed if boundaries lack clarity, with resultant lack of ownership.

Coupling and cohesion in teams

The principles of software modules can be applied in a similar fashion to teams. Low coupling between teams and strong cohesion within a team are good characteristics. Low coupling is best achieved through clearly defined areas of ownership for a team, consistent roles and responsibilities. Having an easily accessible organisation chart showing contact points for a team ensures any communication is directed to the most relevant individual.

Strong cohesion can be easily achieved through colocation of all members of the team, or from a history of working together or knowledge of a subject area. Cohesion is hard if the team is mixed between businesses or spans locations and is even more challenging if has been newly formed.

The weakest form of cohesion can be when staff augmentation is used to add one or two people from a supplier, temporarily, to a team. This requires proactive management and involvement with relationship building, sharing a common understanding of the project and adopting consistent methods of working to reduce potential friction.

The ability for people to communicate between teams and across company boundaries is crucial. Hence, architect the proposed product first and assign major modules or sub-systems to one company or location for optimal results. Any team members at that location are then optimally placed to deliver it and high levels of coupling are possible within that team. The company separation also then naturally means that weak cohesion between teams follows between modules.

There are several techniques for creating and onboarding multiple teams depending on circumstances:

Inhouse team as pioneers or followers

Often, a single inhouse team is on a project to provide long-term support and maintenance once the project has completed and outsourced teams dispersed. To ensure this team has visibility and understanding of the wider system, the team could be a pioneer or follower. If there are two inhouse teams, then both techniques could be used.

To ensure a level of consistency of work produced, it is critical that in situations with rapid onboarding of large numbers of external teams, that quality expectations are clearly documented and communicated. If this is not set out in the beginning, then at the end of the project, as the number of teams decrease, the remaining support engineers have a large amount of code with varying levels of style and documentation making the job extremely hard.

Documented coding and UX standards are a good starting point. These could be a single wiki page, or a large document set. To accelerate adoption, it is helpful to make it easy for engineers to access and use common building blocks. Base foundations could be UI widgets already pre-styled, or low-level software libraries or microservices.

To get newly formed teams adding value quickly, a planned and structured training system is the main success factor. The traditional model of having a new starter to ‘watch, learn, copy, do’ needs to be scaled in a similar fashion. The goal is to devise a training programme that is fast and easy to repeat at an ad-hoc time when new people join.

An effective way is to video record or screen capture an experienced engineer explaining the aims of the project, how to setup tooling, quality standards and ways of working. Splitting this into modules allows the viewer to work at their own pace and replay details if complex and detailed tasks are described.

Team structure and onboarding is something that should not be left to chance. There are various approaches that can be adopted but they need to be considerate of project goals, size and quality.

Greg Billington, MBCS is the CEO and founder of outsource.dev. He has over 30 years of experience of software development and management experience including outsourcing of many projects using a variety of team structures and engagement models.

Find out more about outsource.dev