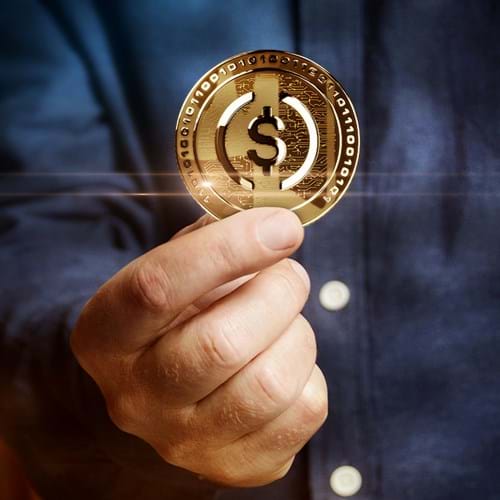 Cryptocurrency values are tanking, the government’s NFT and stablecoin plans have been met with scepticism, NFTs are widely termed a scam and, whilst blockchain has some use cases, it has green issues to rival big oil. Brian Runciman MBCS looks at the latest BCS survey of IT professionals on the issues.

It’s well reported that big tech are looking seriously at Web 3 and investing in blockchain tech. Whilst Web 3 is a somewhat vague term, the general view seems to be that it is, philosophically at least, a return to some of the decentralisation that marked Web 1, with added benefits.

Whilst Web 2 is now characterised as a huge centralisation project, with nearly everything collected into platforms, one of the key drivers behind Web 3 is the heady mix of blockchain technology and its role in decentralised digital currency – cryptocurrencies – and other technologies such as non-fungible tokens (NFTs), that promise to create monetary value in abstract items – such as art.

What do the experts think about these technologies? It depends on who you ask, what their vested interest may be and even political persuasion. When the UK government, as announced by Chancellor Rishi Sunak, declared an ambition to make the UK a ‘global cryptoasset hub’ BCS asked its professional membership and other IT experts for their view.

The feedback makes for stark reading: 58% do not support the Treasury’s plan to make Britain a global centre for cryptoasset technology and investment, including stablecoins and NFTs. Just 29% said working technologists should get behind the crypto project, with the remaining 13% neutral.

A large majority (77%) were not confident that another key part of the plan - recognising and regulating stablecoins - would ‘ensure financial stability and provide wider consumer payment choice’.

However, according to this survey, IT professionals don’t see the benefit, with 69% telling BCS that the public could not have the same level of confidence in UK regulated stablecoins as in commercial bank money. A similar proportion (63%) said the Bank of England should not guarantee stablecoins to cover possible risks.

What are the issues? Energy consumption and impact on climate change ranked as the biggest concern IT experts had about the wider adoption of crypto; 23% selected this as top priority for government to consider before wider rollout of the technology. This was closely followed by the prevalence of money laundering and ensuring the safety of crypto wallets and exchanges (both 15%), then regulation and educating the public (both 14%).

Energy consumption is a matter that cannot be ignored. It was analysed recently by a BCS writer, who commented that ‘blockchain implementations that use the original proof-of-work (that is most of them) are a climate-change disaster and should be stopped.’ And the numbers are interesting.

Another issue raised by tech experts in the comments that supported the poll was the view that cryptocurrencies and NFTs were reminiscent of pyramid or Ponzi schemes and thus to be avoided by the public and policy makers. Regular Twitter followers of IBM’s Grady Booch, the creator of unified modelling language, are often treated to ironic thoughts and prayers for crypto schemes – especially over recent weeks as so many of their values have plummeted. BCS recently interviewed him.

The other main issue is that of trust. Ironically, whilst blockchain is seen as trust mechanism, the comments on this BCS survey reveal that IT professionals clearly think that more education and a robust regulatory framework around these technologies is needed to create genuine trust and confidence.

And what of the wider societal context? On the NFT, Dr Bill Mitchell OBE, Director of Policy at BCS, The Chartered Institute for IT said: ‘In particular the coming launch of the Royal Mint’s NFT needs to avoid striking a bum note at a time of spiralling cost of living and industrial action.’

So, IT professionals polled by BCS have a clear view. And their views largely chime with other respected thinkers in computing and IT.

Whilst Sir Tim Berners-Lee has taken a slightly mixed approach – he made an NFT of the original source code for the world wide web that garnered $5.4 million - his current brainchild to help individuals take control of their own data – called Solid - is not based on blockchain, but existing web tools and open specifications. An interesting example of one of the oft-cited criticisms of blockchain - that it solves problems that can already be solved by other means, and in a far less earth-friendly way.

Security guru Bruce Schneier and other experts wrote to US Congress in June 2022 with an unequivocal view - saying that cryptocurrencies are a ‘complete and total disaster’. Interestingly he comments on this: ‘The problem is that they (cryptocurrencies and blockchains) don’t do anything their proponents claim they do. In some very important ways, they’re not secure. They don’t replace trust with code; in fact, in many ways they are far less trustworthy than non-blockchain systems.

They’re not decentralised, and their inevitable centralisation is harmful because it’s largely emergent and ill-defined. They still have trusted intermediaries, often with more power and less oversight than non-blockchain systems. They still require governance. They still require regulation. The problem with blockchain is that it’s not an improvement to any system—and often makes things worse.’

On the question of blockchain becoming a trust mechanism, respected programming blogger Stephen Diehl points out that trusted third parties are an inevitable requirement in any system, and no technology offers solutions to that issue. In a practical sense he points to the use of ‘a real database like PostgreSQL’ as always being a better solution.

American cryptographer and creator of Signal, Moxie Marlinspike, did some experiments in the Web 3 space, even creating his own NFTs. He quickly found that some of the issues are fatal to its reputation as a trust model, or efficacy in an artistic context.

‘Instead of storing the data on-chain,’ he writes, ‘NFTs contain a URL that points to the data. What surprised me about the standards was that there’s no hash commitment for the data located at the URL.

Looking at many of the NFTs on popular marketplaces being sold for tens, hundreds, or millions of dollars, that URL often just points to some VPS running Apache somewhere.

Anyone with access to that machine, anyone who buys that domain name in the future, or anyone who compromises that machine can change the image, title, description, etc for the NFT to whatever they’d like at any time (regardless of whether or not they “own” the token). There’s nothing in the NFT spec that tells you what the image “should” be, or even allows you to confirm whether something is the “correct” image.’

In the area of art this is fatal flaw – despite the well-intentioned motivation of getting artists paid – particularly at this difficult time for the arts in general.

Is it really decentralised?

A key promotional point for cheerleaders of blockchain and especially cryptocurrencies is the apparent decentralisation it allows. But that has also been widely questioned, along with security credentials.

A report commissioned by the Pentagon found that a subset of participants can ‘exert excessive and centralised control over the entire blockchain system.’

One particularly salient point from the research was about security, and cites specific examples: ‘According to Trail of Bits, ViaBTC, a leading global mining pool, assigns the password “123” to its accounts.

Pooling, another mining organisation, does not even validate credentials at all, and Slushpool - which has mined more than 1.2 million Bitcoin since 2010 - instructs users to ignore the password field. Combined, these three mining pools account for about 25% of the Bitcoin hash rate, or total computer power.’

It is worth noting that the views expressed in the survey are not uniformly negative – at least when it comes to the underlying technology. The survey found that a not insignificant 41% of IT professionals said they were positive about the potential of blockchain technology to benefit people, for example by securing transactions in areas from health to contracts.

Recent BCS coverage of blockchain has shown this. For example, Dr Isa Ali Ibrahim CEO at the National Information Technology Development Agency in Nigeria sees potential for their evolving economy.

‘Apart from being one of the major underlying technologies enabling virtual currencies,’ he told BCS, ‘the blockchain technology has the potential of enabling the consummation of financial transactions using smart contracts at a lower cost, improve overall business efficiency and enhance record keeping. Hence, Nigeria cannot ignore this global development, if the nation must fulfil her dream of becoming one of the top 20 economies in the world.’

Another practical use case has been the raising of funds via initial coin offerings, which has enabled start-ups to raise large sums of money over a short space of time in exchange for coins or utility tokens at the launch of their solution. But this example, of course, especially whilst citing that one ICO raised $36 million in one minute, could be seen as indicative of the wider problems mentioned above.

In the telecoms space, some organisations are looking at tokenised blockchain solutions to give telecoms operators increased flexibility and ease to create tariffs and service packages faster for their users.

Insurers, too, see potential in blockchain. At present the insurance industry spends a lot of time reconciling information throughout the lifecycle of a transaction and they have multiple data points leading to a lot of delays. XL Catlin’s Hélène Stanway told BCS: ‘We want to try a blockchain and see if it could solve the problem of friction and see if it could reduce the time it takes for the insurance transaction to happen.’

Whilst cryptocurrencies in this form have not been embraced by IT experts, and NFTs have been positively derided, we await to see the underlying tech blossom. Previous hype-bubbles tell us that many technologies find a niche and flourish, whilst others eventually fade away.

Perhaps we should end on a couple of lighter notes...

Vint Cerf, co-creator of the internet protocol has a famous slide from a presentation with the simple flowchart: Do I need a blockchain? > No.

And a H/T to @patdennis who tweeted: ‘Sick of people calling everything in crypto a Ponzi scheme. Some crypto projects are pump and dump schemes, while others are pyramid schemes. Others are just standard issue fraud. Others are just middlemen skimming of the top. Stop glossing over the diversity in the industry.’