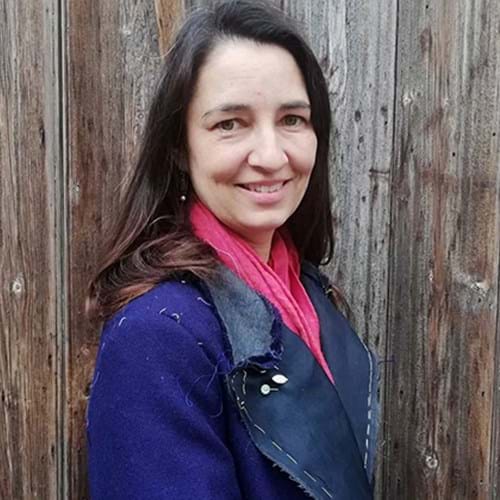 The Great British Sewing Bee is back on BBC 1. Seamsters and seamstresses across the UK are eagerly tuning in for the show’s seventh series as 12 contestants compete for the crown of Britain’s best amateur sewer. As a keen sewer herself, BCS Senior Press Officer, Victoria Temple says knowledge of computational thinking comes in handy.

‘You’re not going to sew tartan, are you?’ said my mother with a tone of warning, when I told her I was making a coat for my daughter.

My mother is an excellent seamstress, and I should have paid heed.

If you’ve ever tried to cut tartan fabric so that the stripes match vertically and horizontally, and simultaneously follow the curve of a sleeve or the back of the coat, you’ll know there’s nothing ‘woolly’ about sewing.

Indeed, most of it is a computational conundrum, looking for patterns and thinking about the process. 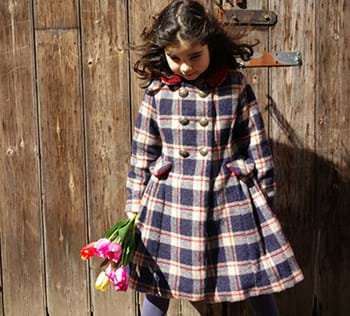 The role of computational thinking in sewing

When I tell people I sew, that’s actually not the whole truth. Because the sewing part is minimal, and, if I’m honest, a bit tedious. What I do most is think about sewing. How to solve problems so that I can create beautiful clothes, (that I can’t normally afford) and not ruin expensive fabric, which I occasionally share on my blog, As it Seams.

I’ve come to realise that top-class tailors are mathematicians, engineers and computational thinkers.

So, as we watch the Great British Sewing Bee contestants solve sewing conundrums and produce something wearable - rapidly - we’re watching some serious computational thinking including abstraction, decomposition, algorithms and very frequently debugging. DevOps teams could certainly learn a thing or two from the crisis management and refactoring that happens on the programme most weeks.

Who knew for instance that tartan fabric comes in two forms, ‘unbalanced’ and ‘balanced’ checks? Balanced check is symmetrical both horizontally and vertically, while unbalanced has only one symmetry plane, (or sometimes none) making them much harder to match across the seams of a bodice, or around a shoulder or a two-piece sleeve. But getting it right matters. Mismatched stripes, that don’t ‘flow’ around a back, sleeve or lapels of a jacket are painful on the eye.

Matching patterns perfectly, uses more fabric - so in commercial production costs more. So, I wasn’t surprised that it takes mathematical algorithms to ensure perfect pattern matching, with minimal fabric use, such as published in a scientific research journal in 20191. Such a tool would be the Holy Grail for home tailors, who do these things with a blend of a mathematical eye, experience, precision, and a lot of pins and swearing. (And of course, the fabric itself is mathematical: herringbone, twill, satin, poplin are all created by different patterns between warp and weft.)

It’s not just about pattern matching. It’s also about process. 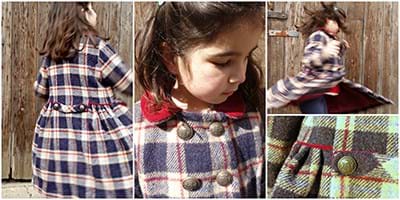 Thinking outside the box

I’m making a coat for myself now and it may surprise non-sewers that the very first step was sewing the buttonholes. Surely that would be the finishing touch? But no, I’m making ‘bound buttonholes’ usually found on expensive woollen coats, which can only be made before the entire construction. Once the coat is pieced together it’s impossible to get inside the seams to make those buttonholes.

Nor do pattern instructions fully account for that other key variable, body shape. If I want a dress to fit my narrow shoulders or my lockdown ‘surplus padding’, that means adjustments in seams in precisely the right place to remove (or add) slack.

How to manipulate two-dimensional shapes around the 3D complexities of the human form is an art - and a science. There’s a lot of interest from the fashion industry right now in using AI to create bespoke ‘remodelling’ of patterns to perfectly match an individual2.

The problem boils down to taking a 2D description of the pattern for a generic person, then based on an actual 3D model of the intended wearer of the clothes creating a new 2D pattern that perfectly adapts the generic one to the real person and does not cause stretching or deformation of the textiles when they are cut and stitched together.

I’m not a computer scientist, but I now ‘see’ good sewing and tailoring in a different way. A perfectly tailored suit, beautiful ballgown or a coat that will last a lifetime hides hidden skills and knowledge to make it work so beautifully, which the user, the wearer, barely knows exists. Dare I say it, like a well-designed computer programme? The Deming Cycle, lean and agile

Is the internet splintering?