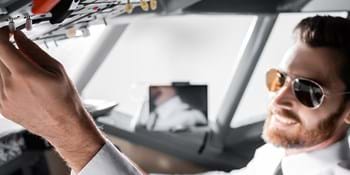 Dr Ian Hughes, a.k.a. epredator, Chair of the BCS Animation and Games SG and author of the Reconfigure sci-fi series explains why gaming isn’t just about entertainment.

Video games still manage to cause a reaction from many in business-focused IT: that somehow, they aren’t a proper and sensible use of technology – frivolous even – despite the fact that they form a growing $200bn global industry.

The notion that fun, play and entertainment are not as important as other sectors in the IT industry is a constant challenge, but I think people will come around eventually. Most of the current generation of kids have experienced gaming in one form or another, and many who’ve grown up with that experience are already entering the workforce.

Games come in all shapes, sizes and genres: from simple, standalone ones, to those that run for many years with millions of long-term users, networked and cloud-connected, sharing new experiences all the time. These games have paying users, in-game economies and currencies; user-created content populates them and social constructs, such as guilds and corporations, form amongst the players within them.

Games now often have user-friendly tools to help users build or adapt the experience, from the simplest drag and drop no-code approach, to opening the more traditional programming languages and APIs. Players become builders and then some become programmers. I started programming in the 1980s because I wanted to know how the arcade games worked; now, highly effective infrastructure, tooling and services exist, allowing anyone to build and deploy games in any number of environments.

We’re light years away from the days of tapping away on an isolated ZX81, having to build everything from the ground up. Easy access to programming, sound and graphics tools through web browsers on any device, means that computing is now much more accessible, which opens many more possibilities those wishing to learn any aspect of IT.

The technology to build and run games, along with the approaches to application design and user interaction forged over the past few decades, is becoming part of how many other industry verticals interact with their more ‘serious’ data.

For example, consider an engineer using an AR headset to help provide real-time data and directions for repairing a key piece of mechanical equipment on a production line. Possible, thanks to a host of graphics rendering and interaction models built with game technology, such as accessing industrial digital twins – copies of the physical world which have been instrumented and controlled through sensors and actuators (via the internet of things) – with a range of networking and data orchestration taking place.

Elsewhere, medical applications simulate bodies and organs, allowing students to learn new procedures and experienced surgeons to rehearse; pilots fly in giant video games (flight simulators) to learn their craft – and have done so for a while. These training applications use real-time physics modelling, emulating with graphics, sound and haptic feedback to train for what could happen in the physical world.

The evolving world of autonomous robots, self-driving cars, warehouse vehicles and collaborative robots all benefit from being trained in virtual environments, game engine worlds that provide many more possibilities to safely provide experiences for these algorithms. Yes, robots play video games, except they don’t know that the world they are in is any different from the physical world.

The re-emerging metaverse concept is driven by games technology, creating a future of more dynamic and flexible networked interactions between us and things in the world. By using virtual 3D environments either on a screen, in a VR headset or projected into our physical view with AR, we open enhanced ways to communicate in business and in play.

It doesn’t mean it all has to be done that way, but our connected world is on the cusp of a human-centric revolution. Games form a huge part of this and are leading the way. Afterall, why do games exist? For people, for enjoyment. We will inevitably embrace the art and the technology of games to enhance our collective experience.