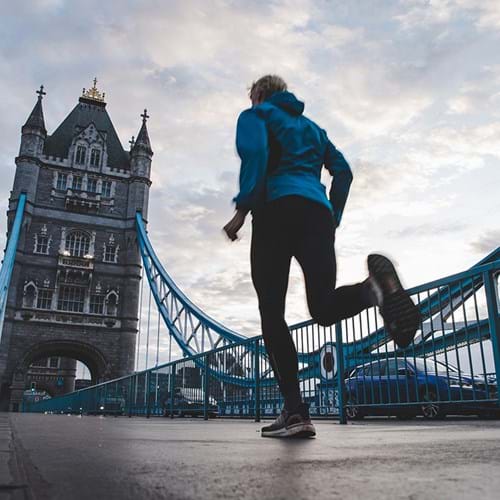 Mark Bogaerts, Director of Brand & Sponsorship Europe/UK at Tata Consultancy Services (TCS), explains how an app is levelling the field in sporting events.

The rise of advanced digital technologies including big data, cloud, the IoT and artificial intelligence has accelerated a global transition to a new economic era, in which analytics rule over instinct, customer experience defines a brand, and winners are determined by innovation, insight and agility.

TCS has been the Official Technology Partner of the marathon for the last five years, and since 2016 our technical development team has worked with the event organisers to create the official app for the London Marathon Event. In 2020, when the mass participation event had to be cancelled, we realised that technology could provide a welcome solution, so our team began designing the functionality that would enable individuals to participate remotely from any location in the world.

The app helps us to demonstrate how technology can help people to overcome unexpected challenges and support an active, healthy lifestyle. We will continue to develop the London Marathon app for the next event in 2022, to connect participants and spectators virtually and support those running their own course.

What are the main features of the app?

For the 2021 event, we improved the features and functionality of the app as we wanted to build something interactive and fun that could incorporate interactive elements to support both in-person and virtual runners participating in the race.

The official London Marathon app that we further developed this year is the best way for virtual running participants to record their official time and it has been a real game-changer for mass-participation sports, as it enables spectators (either at home or at the event) to track any runner’s progress along the official route. We also added experiential and immersive features so everyone can feel part of the event and get the most out of the day, regardless of the location they are watching or competing from.

We have included data from the 2020 marathon, so runners can compare their personal completion times against athletes from last year’s event. Some of the functionality we added for 2021 includes the ability for participants to unlock a digital medal, finisher certificate and a selfie frame as a memento of their achievement on the day.

App users running virtually can even complete a practice 5k to experience the features before the event, and there is even a motivational audio commentary from marathon celebrities, including Steve Cram, Paula Radcliffe and Adele Roberts to inspire and motivate the virtual participants.

What technologies were used when developing the app?

On the technical side, an IoT framework for data exchange called TCS Middleware, hosts the static content and Amazon Web Services (AWS) map tiles to display the course route on the app. Runners’ location and movements on the route are fetched from the timing API and the backend is hosted on AWS Cloud, with features including AWS S3, Amazon VPC-EC2, Amazon Cloudfront and Amazon RDS (Database) and Elastic Load Balancer.

Functionality testing was conducted manually by our testing team, load testing of systems including the timing partner API and TCS Middleware API was conducted by Thinktribe (for 50,000 participants and 100,000 spectators) and the testing of servers was conducted using Apache Jmeter.

The next London Marathon in 2022

TCS is very much looking forward to the next London Marathon event in 2022, and we hope to see even more people taking part by downloading and using our LME app so they can get involved in this fantastic mass-participation hybrid event - no matter where they are in the world!

Mark Bogaerts has been involved in the commercial sponsorship of sporting events for over twenty years, including partnerships with the Olympics, the Rugby World Cup, the Tour de France, the Champions League, and now the London Marathon.

TCS has been operating in the UK for over 45 years and it is one of the UK’s largest IT employers. With over 200 customers in the UK today, we now count BT, Diageo, British Airways, Virgin Atlantic, Aviva, Nationwide, Phoenix Group, M&S, M&G and Boots among their key clients. They also work with five of the top six tier one global investment banks, two of the top UK pharmaceutical companies, seven major telecom and media companies, and eight of the UK’s top 10 retailers.