Skip to content
Guest post from BCS's Bill Mitchell. In late September 2015 the Minister of State for Schools requested expert advice from BCS concerning a proposed draft subject contents for a new GCSE and GCE in IT. I attended a meeting at DfE to discuss this in my capacity as Director of Education for BCS along with Professor Simon Peyton-Jones as Chair of CAS.

The BCS view presented to the Minister was that under the right circumstances these new qualifications would be a very good companion to the new GCSE and GCE in Computer Science and would greatly strengthen the range of qualifications schools could provide for the new computing curriculum.

The Minister raised a range of valid issues about whether it would be worthwhile to proceed with these new IT qualifications, including pointing out there were already a number of very strong technical and vocational IT qualifications. However, he agreed that before making a final decision he would consider a revised BCS draft showing how IT subject content could be made more academic, including clearly articulating the fundamental principles that characterised IT as a distinct subject discipline from computer science and that could only be taught at KS 4 and 5.

BCS along with representatives from Computing at School, NAACE, Imperial College and representatives from some of the leading industrial IT research labs in the UK put together a new proposed IT subject content in just two weeks. Despite our efforts the Minister was not convinced by our new draft and decided not to proceed, as last Tuesday’s announcement shows. I personally believe the Minister is committed to ensuring computing is a success in all schools and for all pupils, even though I don’t agree with this particular decision.

The lack of a future IT GCSE and GCE is disappointing for me personally, but it’s worth reflecting on the current state of affairs to put this into context and realise that on balance we are in a far better place than might have been. In January 2010, the Secretary of State for Education announced a review of the national curriculum; it was widely believed that one intended outcome of the review was the complete removal of ICT (Information and Communication Technology) as a statutory school subject, which in practice would mean the end of ICT as a school subject altogether and therefore no possible provision for any type of computing education. Might such an outcome have even meant the then ICT teacher workforce became redundant?

In response to this, BCS along with CAS, NESTA, UKIE, the Royal Society, CPHC, UKCRC, Microsoft Research, Google, BT, almost all universities in England, the Royal Academy of Engineering and many others campaigned tirelessly for a new statutory computing curriculum. Much to our collective surprise the government listened, asked the various interested parties to help write a new computing curriculum (including BCS and CAS amongst others) and in September 2014 that became statutory in all state maintained primary and secondary schools.

That decision will have a massive impact on generations of students, teachers, our entire society and the future competitiveness of the British economy. It’s worth remembering that the government is now a major champion of the new computing curriculum, as are all the other mainstream political parties.

This victory did not come without some serious challenges. At the time the majority of teachers being asked or choosing to deliver the new GCSE’s were not qualified to do so. This skills shortage presented a major threat to this fledging subject. What happened next was unprecedented in its scale; teachers gathered and shared their time, expertise and resources in schools, community hubs and now in regional centres organised by local universities under the auspices of the Computing at School group (CAS).

Over the years this collaboration between teachers, industry and academics has deepened and broadened, now including over 20,000 members, with tens of thousands of CPD sessions delivered, over 390 CAS Master Teachers recruited and trained, over 580 CAS Lead Schools offering spaces and time for teachers to collaborate and over 80 universities sharing subject expertise and resources with schools.

The CAS Network of Excellence has also engaged in promoting Computing at primary level (5 - 11 year olds) with the Barefoot Computing project, originally funded by the DfE and now run in collaboration with BT; which includes the production and delivery of resources to approx. 1,000 primary schools and training to effectively deliver the resources to approximately 6,000 primary school teachers. 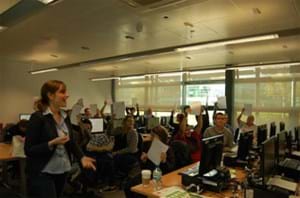 This is just one example of what the CAS Network of Excellence is doing.

BCS is also involved in a plethora of activities ranging from supporting Scottish teachers and their training via Plan C; QuickStart Computing to help teachers deliver computing CPD to their school colleagues (thanks to Microsoft and DfE funding) and the BCS scholarships scheme in partnership with the Department for Education, which provides bursaries worth £25k to trainee Computing Science teachers with the potential to be future school leaders. We are also supporting recruitment and retention of Computing Teachers by providing recognition and formal training for those teachers who wish to study further to achieve the BCS Certificate for Computing Education. 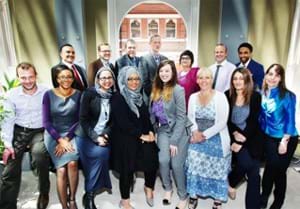 BCS firmly believes in all three strands of Computing education: Digital literacy, IT and Computer Science. We will always campaign for a diverse and balanced education for all students and we will continue to support the recruitment, retention and continued professional development of our teachers.  We will also continue to do all we can to support the exam boards whenever they put forward valuable qualifications that advance computing education, just as we did to ensure Computer Science GCSE was included in the EBacc.

BCS was instrumental in putting a strong case to DfE that Computer Science should be an EBacc subject, which was to the direct advantage of the GCSE exam boards. We made just as much effort to persuade DfE that an IT GCSE and GCE would be a good idea, but this time our arguments did not win the day.

The world economy has been plunged into a recession, with spiralling debt only seen in the western world in times of war, writes Johanna Hamilton AMBCS.

What exactly do BAs do? How do they add value? And, could invisibility be terminal to the profession? Christina Lovelock MBCS, Business Analysis Leader, author and director of the national BA Manager Forum, hosts a panel discussion for BCS, exploring the nebulous nature of business analysis and to find out how practitioners are truly adding value.

Naveen Madhavan PhD MBCS, Senior Product Specialist (Pathology) at the NHS Wales Informatics Service, assesses how COVID-19 has changed our perceptions of the workplace and explores the likely lasting influence for the virus on digital transformation.