We are facing an increasing mountain of e-waste both nationally and globally. The presentation will reveal the size and value of that mountain and strategies that are needed to deal with it

--------------------------------------------------------------------------------
SYNOPSIS
a) We generate around 40 million tons of electronic waste every year, worldwide. That’s like throwing away 800 laptops every minute.
b) An average cellphone user replaces their unit once every 18 months.
c) E-waste comprises 70% of our overall toxic waste.
d) Only 12.5% of E-Waste is recycled.
e) 85% of our E-Waste are sent to landfills and incinerators are mostly burned, and release harmful toxins.
f) The most common hazardous electronic items include LCD desktop monitors, LCD televisions, Plasma Televisions, TVs and computers with Cathode Ray Tubes.
g) E-waste contains hundreds of substances, of which many are toxic. This includes mercury, lead, arsenic, cadmium, selenium, chromium, and flame retardants.
h) For examplelead can damage our central nervous system and kidneys and affect a child’s mental development
i) 80% of E-Waste in the US and from most other countries is transported to Asia.
j) 300 million computers and 1 billion cellphones go into production annually. It is expected to grow by 8% per year. To which must be added the millions of IoT sensing devices now being produced annually.

In 2008 he was awarded an MBE for setting up and running a Charity supporting the homeless in Guildford for over 30 years, where he also runs Furniture Link a local recycling charity. 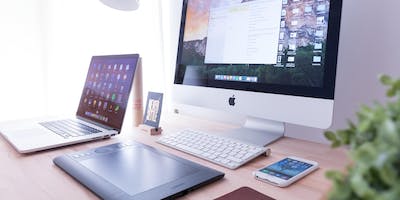