After the presentation, the audience are invited to take part in a hands-on practical demonstration of one of the few surviving Enigma machines. Only about 300 are known to survive worldwide; of these, only about a dozen are in public collections in Britain. As these machines are so rare, Dr Baldwin is providing a unusual opportunity for the audience not just to view, but also to operate, an original U-Boat Enigma machine – the actual machine which appears in the recent film, ‘The Imitation Game’.

After 15 years' lecturing at Imperial, he moved to Shropshire to develop his book-selling and publishing business, established part-time in 1978. One important specialty is WW2 Intelligence & Codebreaking, and he has published eight books on this subject.

For nearly twenty years, Dr Baldwin has spoken widely in UK and abroad on various 'Secret War' topics, focusing particularly on Enigma and Bletchley Park. Dr Baldwin has delivered over 700 presentations to over 60,000 people globally; he is currently one of Britain's most experienced speakers on the Enigma machine, the work of the WW2 codebreakers, and other WW2 Intelligence topics.

The meeting starts with an opportunity to network with like-minded colleagues over tea/coffee and sandwiches at 17.30 followed by the presentation at 18.00. There will be opportunity for questions to the speaker.

At every BCS meeting there is the chance to network with like-minded professionals both at the buffet before the meeting and towards the end of the meeting. Students and those at the start of their professional career may care to discuss their study choices or career moves with more experienced colleagues. 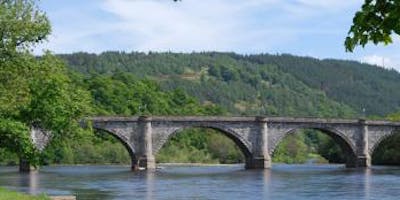