As a bit of relief from that travelling catastrophe of unimaginable magnitude otherwise known as Brexit, why not join us for a mince pie washed down with a dash of mulled wine as we take a light hearted look at the whys and wherefores, amongst other things, of that other great unfathomable mystery known to one and all as CHRISTMAS. If nothing else this perambulation through the festive season might improve your chances in Trivial Pursuit, Pointless or the Chase!

The meeting is open to partners and other visitors so we look forward to your company then but please book in for no other reason than to make sure we have enough mince pies and mulled wine (including non-alcoholic) to go round.

SYNOPSIS
We will look at things like why December 25th and not July 13th? How do candles burn,? Why reindeer and can they really fly? Who was/is Father Christmas? How does he circumnavigate the globe in one night with all those presents whilst downing myriads of mince pies and countless glasses of sherry? What is his secret of weight and cholesterol control? And anything else that springs from the fevered mind of your presenter for this prodigious occasion who is none other than:

SPEAKER BIOGRAPHIES
Terry Bounds, head cook and bottle washer, general dogsbody, chief scapegoat and, if that were not enough hardship, chair of the BCS Birmingham Branch. For those interested in such things, he is married with three children and five grandchildren and, when not going into battle with that nefarious group called the committee, he is treasurer to his local church whose patron saint appears to be one Ebenezer Scrooge (you try getting money out of the congregation!) and leader of a local Boys’ Brigade Company, in other words, a glutton for punishment.

He has had a close interest in matters Christmas from an early age when he commented to his mother one Christmas Night - “Mum, that Father Christmas has our dad’s slippers on!”

THIS EVENT IS BROUGHT TO YOU BY:
BCS Birmingham Branch
Visit birmingham.bcs.org 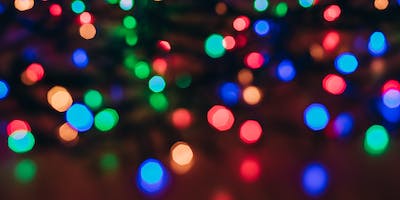