People can easily learn a new procedure by watching someone else and learning by imitation. The Imitate system takes this a stage further by allowing users to demonstrate a procedure with an example. The system then synthesises a general procedure, providing a revolutionary way for people to learn to code without having to learn programming.

Dr Edmund Furse, MD of Imitation Ltd, will introduce a new method of coding by imitation using artificial intelligence – the Imitate system. This powerful new learning method allows novices to develop applications with no knowledge of programming. It has been used by children to build simple apps.

Animation and graphics are included, allowing novices to quickly build games apps. A game like Breakout can be built in less than ten minutes. The system provides a large set of built-in procedures that can be run interactively rather like a generalised calculator. The system can also record a sequence of actions that can be used to create a script.

This is an updated version of a talk given by Dr Furse to BCS Oxfordshire on 11 October 2018. Because the material is new and under copyright, the slides will not be available online.

AGENDA
18:30 Registration and networking
19:00 Talk commences
There will be an interval of 15 minutes at a suitable point and 30-45 minutes for questions and discussion before we finish.
21:00 Close

Dr Edmund Furse has worked in ArtificiaI Intelligence and Cognitive Science for over 30 years. He has 4 degrees and is qualified in Mathematics, Computer Science, Psychology and Education. He worked originally for GEC as an electronic engineer and subsequently as computer manager before becoming an academic at Warwick, Sheffield and Glamorgan.

He now runs Imitation Ltd., a small software house. His publications include “The Mathematics Understander” and “Theology of Robots”. His main research has been on trying to understand how humans learn and building computer models of the learning mechanisms.

This event is bought to you by the BCS Berkshire Branch - https://www.bcs.org/category/14631 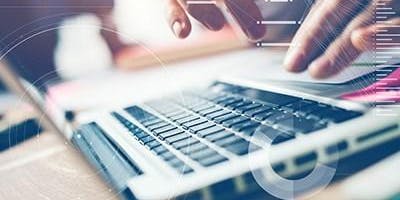