This lecture is sponsored by Microsoft.

Vote of thanks: Professor Peter O'Hearn, UCL and Facebook

Automata are one of the simplest and pervasive structures in Computer Science. Despite their simplicity, automata play an important role in many tasks notably in modelling and verification of hardware and software systems.

In this talk, I will describe how automata learning algorithms can be used to model and verify different systems and protocols. I will discuss the challenges that we need to overcome to bring this technique to mainstream hardware (and software) verification.

Alexandra Silva is a theoretical computer scientist whose main research focuses on semantics of programming languages and modular development of algorithms for computational models. A lot of her work uses the unifying perspective offered by coalgebra, a mathematical framework established in the last decades.

Alexandra is currently a Royal Society Wolfson fellow and Professor of Algebra, Semantics, and Computation at University College London. Previously, she was an assistant professor in Nijmegen and a post-doc at Cornell University, with Prof. Dexter Kozen, and a PhD student at the Dutch national research centre for Mathematics and Computer Science (CWI), under the supervision of Prof. Jan Rutten and Dr. Marcello Bonsangue.

Bart Jacobs is a professor of computer security at Radboud University Nijmegen, The Netherlands. His work covers both theoretical computer science and more practical, multidisciplinary work, especially in computer
security and privacy. Jacobs is a member of the Academia Europaea and of the Royal Holland Society of Sciences and Humanities, and a recipient of an ERC Advanced Grant. He is an active participant in societal debates about security and privacy, in the media and in various advice roles e.g. for government and parliament. He chairs a non-profit spin-off on attribute-based identity management
(https://privacybydesign.foundation/en/).

Vote of thanks: Peter O'Hearn 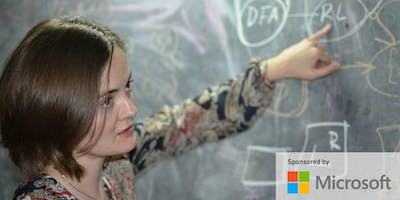