CTO's vision for a more nuanced and interconnected engineering team. A structure that still prioritised high-performing teams delivering outstanding work for the company’s clients while at the same time implementing new pathways to allow staff to develop their own skills and knowledge.

SYNOPSIS
When Alan moved into the role of Technical Director at hedgehog lab in May 2016, his development team consisted of two layers: Developer and Lead Developer. Far from providing opportunities for career progression and personal development, the two-speed hierarchy created inherent bottlenecks and inevitably hampered the personal development of his team. In April 2017 Alan was promoted to CTO, a role which entailed the added responsibility of heading up the development team in India as well as hedgehog lab’s QA and Support teams.

It was here that Alan began implementing his vision for a more nuanced and interconnected engineering team. A structure that still prioritised high-performing teams delivering outstanding work for the company’s clients while at the same time implementing new pathways to allow staff to develop their own skills and knowledge.

This talk will explore some of the challenges, mistakes and successes that Alan and his team have encountered on their journey so far, and meditate on what is still left to achieve.

Alan is currently Chief Technology Office at global digital product consultancy hedgehog lab where he acts as the figurehead and driver of the company’s technology vision. Internally, Alan heads up our Technology teams, including Engineering, SysOps, QA, and Support, whilst externally acting as a strategic consultant for hedgehog lab’s partners. He provides a customer-centric outlook and explores what solutions can be provided alongside their core technology infrastructure.

He has an enviable amount of experience and expertise in the IT and technology sector having worked on some of the UK’s biggest projects and at some of the world’s most recognisable companies.
Beginning his career at Orange, Alan acted as project champion for the telecommunication company’s migration from Windows NT4 to Windows XP across two sites in the North East of England encompassing over 1,900 workstations.

Moving on to Accenture, Alan worked on the consulting firm’s HMRC contract for Class 1 National Insurance Contributions. Between developing, testing and rolling out code fixes using C, C++, SQL and Perl, he also had the small task of supporting and maintaining the Class 1 Sybase database which was one of the biggest IT systems in Europe consisting of over 14 million lines of code and 65 million records.

Not one to rest on his laurels, the Northumbria University Computing for Business graduate also founded his own app development agency where he worked on in-house and client applications for iOS-based devices including the iPhone and iPad.

A passionate fan of music, gadgets, and Apple hardware, Alan’s vast experience across the technology and development landscape has left him with a keen eye for trends and a sixth sense for sniffing out potentially game-changing technological innovations.

THIS EVENT IS BROUGHT TO YOU BY:
BCS North East Branch
Visit https://www.bcs.org/category/18834 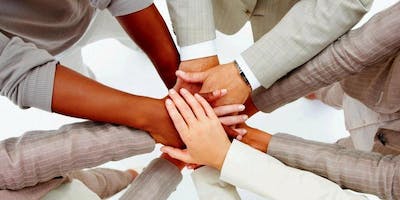