This talk explores Alan Turing’s life, achievements and legacy.Turing was instrumental in developing and influencing computing devices that have been said to have shortened the war by up to two years, by decoding encrypted enemy messages that were believed by others to be unbreakable.

SYNOPSIS
Alan Mathison Turing (1912–1954), OBE FRS, has a rightful claim to the title of father of modern computing. He laid the theoretical groundwork for a universal machine that models a computer in its most general form before World War II.
During the war, Turing was instrumental in developing and influencing computing devices that have been said to have shortened the war by up to two years, by decoding encrypted enemy messages that were believed by others to be unbreakable.

After the war, he made further important contributions to early computing and provided foundation ideas for the fields of artificial intelligence, positing the Turing Test, and mathematical biology. Unlike some theoreticians, Turing was willing to be involved with practical aspects, and was as happy to wield a soldering iron as he was to tackle a mathematical problem from a novel viewpoint.
Although his life was tragically cut short aged 41, his scientific contribution to humanity is immense. This talk explores Alan Turing’s life, achievements and legacy.

Jonathan Bowen, FBCS FRSA, is Emeritus Professor of Computing at London South Bank University, Adjunct Professor at Southwest University, Chongqing, China, and Chairman of an IT and museum-related consultancy company, Museophile Limited (founded in 2002).
He studied Engineering Science at University College, Oxford. Jonathan has held previous academic appointments at Imperial College London, Oxford University, the University of Reading, and Birmingham City University, as well as working in industry, including Marconi Instruments, Logica, Silicon Graphics, and Altran Praxis.
His interests range from computer science and software engineering to the history of computing and museum informatics. He is widely published with over 350 publications, a Fellow of the British Computer Society and the Royal Society of Arts, and a Liveryman of the Worshipful Company of Information Technologists.
His books include a collaborative volume on the life and work of Alan Turing, The Turing Guide, published by Oxford University Press in 2017.

REFUNDS/CANCELLATIONS:
A full refund will be issued if a cancellation is received within 7 days of the booking date or by 27th November otherwise, name substitutions will be allowed after this date.

THIS EVENT IS BROUGHT TO YOU BY:
BCS Berkshire for further information on the branch and future events
Visit https://www.bcs.org/membership/member-communities/berkshire-branch/ 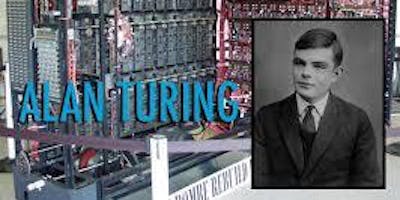