SYNOPSIS
In the 1950s, commercial exploitation of computers by large companies and government departments were well underway in the UK. But significant problems stood in the way of progress: one of these was the difficulty of building useful applications. Many were still built-in low-level languages and, although several high-level languages had been invented they were not widely used and still in their infancy.

On 17th December 1959, a group of BCS members came together in London to create “Study Group 5” devoted to “Advanced Programming”, or the study of emerging techniques and technologies for creating applications. The list of 18 people included several who would later become very well known in the industry including Alex d’Agapeyeff, founder of CAP (Computer Analysts and Programmers), and Dame Stephanie Shirley, founder of F International: two early pioneers each of whom later became BCS president.

Since then, the BCS Advanced Programming Specialist Group has maintained its interest in emerging techniques and technologies, studying, in turn, the development of High Level Languages and their compilers, notational methods for creating programs including natural languages, formal specification and rules-based systems, as well as methods for documenting programs and training programmers. Over time, members also turned their attention to multiaccess operating systems, data communications, the management of data files and databases, online transaction processing, structured programming, design methodologies for both data and
programs, and the evolution of languages for parallel, distributed, functional and object-oriented programming. Many of the speakers were well known industry figures and academics from both the UK and other countries, including leading researchers. Following this dialogue, a number of APSG members contributed to the development of important international standards.

SPEAKER BIOGRAPHIES
Dr Geoff Sharman was educated at Royal Grammar School, Guildford and the University of Southampton, where he gained a PhD in Particle Physics and experience with early computer systems.

He also sponsored and participated in academic research work and held the post of Visiting Professor in Computer Science and Information Systems at Birkbeck College, London, from 1982 to 2012. He is a Fellow of BCS and past chairman of the BCS Advanced Programming Specialist group.

Dr Roger Johnson studied Pure Maths and Statistics at University College of Wales, Aberystwyth and then obtained a PhD in Computer Science on rule-based programming as a fulltime student at Birkbeck College, London in 1974.

He then joined the London office of Computer Analysts & Programmers (CAP) Ltd, then one of the UK’s largest software houses. He worked on a series of projects mostly for banking and insurance industries.

In 1976 he joined the University of Greenwich (then Thames Polytechnic) teaching application systems design and DBMS technology. In 1983 he returned to the Computer Science at Birkbeck College researching database technology and aspects of software engineering. Latterly he has written on the history of computing and is the leading expert of the work of Andrew Booth who founded the department at Birkbeck. Booth developed the Booth multiplier and was the first person to successfully connect a rotating storage device (a drum store) to a computer. Booth’s APE(R)C computer was the prototype for the ICT 1200, the UK’s first mass-produced computer.

Roger has been active in the BCS for many years. His first appointment was as the Treasurer of the Advanced Programming Specialist Group in 1976, a post he held for the next 40 years, retiring in 2016. He held several BCS Vice-Presidential posts and was the second youngest BCS President in 1992/3. He was a founder committee member of the BCS Computer Conservation Society and later served as Chairman for 3 years, and is currently serving as its London Programme Secretary.

THIS EVENT IS BROUGHT TO YOU BY:
BCS Advanced Programming SG
Visit https://apsg.bcs.org/ 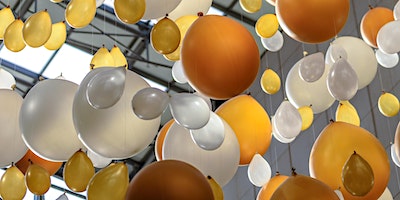