Privacy Assurance in Ubiquitous Systems by Typing in a Calculus of Context-aware Ambients - in the early 1990s, Mark Weiser introduced ubiquitous computing (ubicom) as a new paradigm for the next generation of distributed systems where computers disappear in the background of the user’s everyday activities, making data and services readily available anytime and anywhere. From the era of one-computer-many-users (mainframes) to that of one-computer-one-user (PCs), ubicom envisions an era of many-computers-one-user.

Current realisation of this vision is the Internet of Things (IoT) which enables common objects to be enhanced with sensing, computing and communication capabilities to become smart things capable of collecting, processing and exchanging data over the Internet. How data are collected, processed, and shared, must be tightly controlled in many applications (e.g., smart homes and healthcare) to avoid unintended breaches of privacy.

In this talk, Dr Francois Siewe will present the Calculus of Context-aware Ambients (CCA) used to model the behaviours of ubicom systems, and its privacy type system that allows for the control of information flow among subsystems.

Before joining DMU, he was a lecturer and visiting researcher in the Institute of Technology of Lens at the University of Artois in France.

Prior to this, he was a fellow at the United Nation University/International Institute for Software Technology (UNU/IIST) in Macau in China, and a lecturer with the Department of Mathematics and Computer Science at the University of Dschang, in Cameroon. His research interests include software engineering, formal methods, cyber security, context-aware and pervasive computing, and Internet of Things (IoT). His research outputs can be found at http://www.cse.dmu.ac.uk/~fsiewe/ 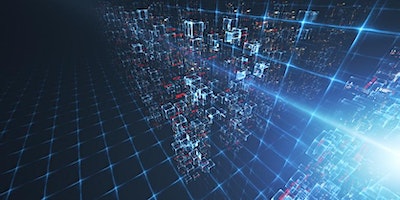 Webinar: If human behaviour is badly affecting our work, what can we do about it?
Hybrid event: Blockchain and Cryptocurrency-The future of finance or a misguided fantasy?
Hellenic section AGM
Hybrid event: Tux the penguin is 30 years old: Preceded by Branch Annual General Meeting