Dr. Vixie was a software engineer at Digital Equipment Corporation (DEC) from 1988 to 1993. After he left DEC in 1994, he founded Internet Software Consortium (ISC) together with Rick Adams and Carl Malamud to support BIND and other software for the Internet.

In 1995 he cofounded the Palo Alto Internet Exchange (PAIX) and, after Metromedia Fiber Network (MFN) bought it in 1999, served as the chief technology officer to MFN / AboveNet and later as the president of PAIX. In 1998 he cofounded Mail Abuse Prevention System (MAPS), a California non-profit company with the goal of stopping email abuse. Dr. Vixie is the author of several Request for Comments (RFC)s, including a Best Current Practice document on "Classless IN-ADDR.ARPA Delegation" (BCP 20) and some Unix software. He stated in 2002 that he "now hold[s] the record for 'most CERT advisories due to a single author.'"

Dr. Vixie served on the Board of Trustees of the American Registry for Internet Numbers (ARIN) from 2005 to 2013 and served as chairman in 2009 and 2010. Dr. Vixie also serves on the Security and Stability Advisory Committee of ICANN. In 2018, he cofounded a new non-profit, European data sharing company, SIE Europe, which is headquartered in Germany.

Dr. Vixie attended George Washington High School in San Francisco, California. He received a Ph.D. in Computer Science from Keio University in 2011. In 2013, after nearly 20 years at ISC, he cofounded a new cybersecurity company, Farsight Security, Inc. by spinning off the Security Business Unit from ISC. He currently serves as Chairman and CEO of Farsight Security, Inc.

In 2014, Dr. Vixie was inducted into the Internet Hall of Fame as an Innovator. He is one of the industry’s most sought-after speakers and has delivered keynotes to technology and cybersecurity conferences around the world.

FEES
£5 plus VAT and Eventbrite fees

REFUNDS/CANCELLATIONS:
A full refund will be issued if a cancellation is received within 7 days of the event date otherwise, name substitutions will be allowed after this date.

Due to the current Coronavirus outbreak we are asking all attendees to take precautionary measures to ensure we limit the risk of infection at BCS events. Before attending please consult the latest Government advice at www.gov.uk/guidance/wuhan-novel-coronavirus-information-for-the-public.

THIS EVENT IS BROUGHT TO YOU BY: BCS Elite 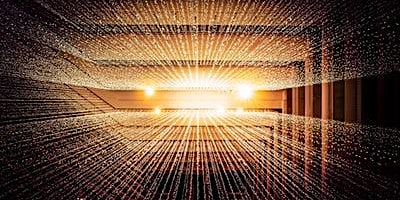