BCS is hosting Graduates of 2008 to inspire with their stories and share their best advice.

About 400,000 students finishing their degrees in 2020 have seen opportunities evaporate overnight. Twelve years ago, graduates faced similar anxiety when the global financial crisis threw much of the world into recession. Banks collapsed, businesses went under, and millions of people lost their jobs.

BCS is hosting Graduates of 2008 to inspire with their stories and share their best advice. We will also be launching the BCS London Central mentoring programme aimed at providing support to early career STEM students, graduates, and professionals.

Mentoring is often highlighted as being key to successful career progression, as you will hear from our panellists. BCS Central London will be launching their first mentoring programme to help Students and Graduates of 2020 plan their first career steps. Having a mentor is a great way to improve skills, gain experiences, and establish a brand. The BCS mentoring programme has been created to help you gain the confidence you need to stand out of the crowd and work towards your career goals, even if you don’t have any yet.

As part of our commitment to empowering early career STEM professionals, we are going to be offering a limited number of spaces for a 6-month mentoring programme starting in October. Hear from us why, how and what you need to do to get involved.

Kahmarl Gordon, Product & Tech Recruiter at Adrem Group
Kahmarl is a Digital Recruitment Consultant at Adrem Group with 2 years experience recruiting in the Graphic, Product and UX Design spaces. Kahmarl is also a regular lecturer at the University of East London, and prior to becoming a recruiter he worked as a graphic designer for 10 years.

Jordan Dunbar, Broadcast Journalist at BBC
Broadcaster and comedian; since joining the BBC in 2016 as a trainee Jordan has worked across the BBC from the Radio 1 Breakfast Show, to investigating paramilitary deaths with BBC Northern Ireland, reporting on Radio4’s More or Less and making a series of mental health documentaries for BBC News. He is currently one of the BBCs ‘Next Generation Committee’ working with the Director General's office to reinvent the BBC for a new generation.

Sarah Rench, Director of AI and Industry Solutions at Avanade
Sarah graduated from the University of Birmingham in 2009 during ‘The Great Recession’. Sarah is now the Director of AI and Industry Solutions at Avanade and is also on the board of a not-for-profit women in the tech community, DevelopHer and Executive Board member for Cass Global Women’s Leadership Programme. She is also the recipient of several awards including Most Influential U.K. Women in Tech 2019 & 2020, Future Star of Tech: Data Leader 2019 and Disruptor of the Year 2019 - Women in Finance Finalist.

This event is brought to you by: BCS London Central Branch 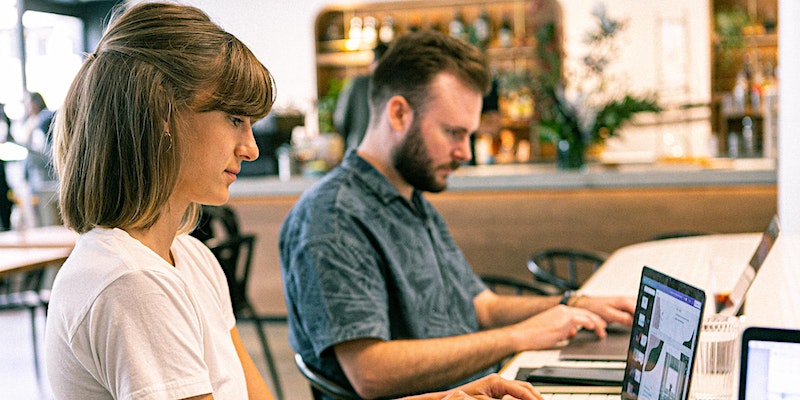 Webinar: If human behaviour is badly affecting our work, what can we do about it?
Hybrid event: President Mayank Prakash talks: Scalable digital transformation
The experiences of women of colour in tech
Webinar: The benefit of Higher/Degree Apprenticeships