The Lovelace lecture is brought to you by BCS and will feature three 2020 Lovelace medal winners.

Professor Ian Horrocks
Ian Horrocks is a full professor in the Oxford University Department of Computer Science, a visiting professor in the Department of Informatics at the University of Oslo and a co-founder of Oxford Semantic Technologies. His research interests include logic-based knowledge representation and reasoning and semantic technologies, with a particular focus on knowledge graphs and applications. He was an author of the OIL, DAML+OIL, and OWL ontology language standards, chaired the W3C working group that standardised OWL 2, and developed many of the algorithms, optimisation techniques and reasoning systems that underpin OWL applications.

He is a Fellow of the Royal Society, a member of Academia Europaea, a Fellow of the European Association for Artificial Intelligence, a Fellow of the Alan Turing Institute and a Fellow of the British Computer Society. He has published more than 300 papers in major international conferences and journals, winning best paper prizes at KR’98, AAAI-2010, and IJCAI-2017, and test of time awards at ISWC-2013, KR-2020 and CADE-2021.

Professor Nicholas Jennings
Professor Nick Jennings, CB FREng, is responsible for promoting, supporting and facilitating Imperial College London's research performance and for leading on the delivery of the Research and Enterprise Strategy. He also holds a chair in Artificial Intelligence in the Departments of Computing and Electrical and Electronic Engineering. Before joining Imperial College London, Professor Jennings was Regius Professor of Computer Science at the University of Southampton and the UK Government’s Chief Scientific Advisor for National Security.

Professor Jennings is an internationally-recognised authority in the areas of artificial intelligence, autonomous systems, cybersecurity and agent-based computing. He is a member of the Government’s AI Council. Professor Jennings is due to leave his role at Imperial College shortly to take up the post of Vice-Chancellor & President at Loughborough University. This will commence from October 2021.

This event is brought to you by: BCS, The Chartered Institute for IT 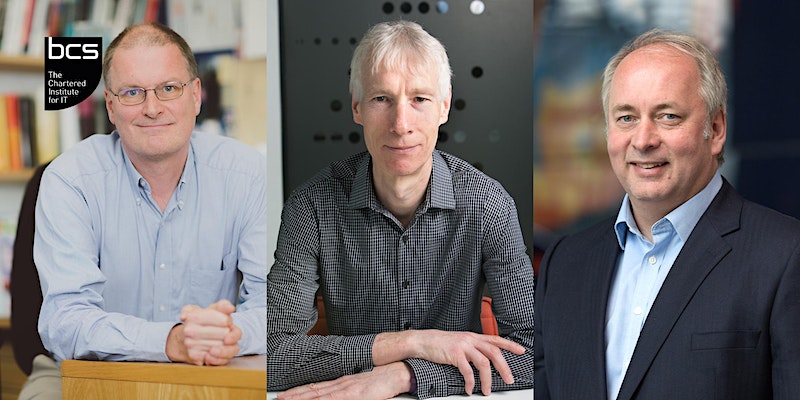