This talk will review the work of Kathleen Booth and the team at Birkbeck.

The death late last year of Kathleen Booth, shortly after her 100th birthday, has broken one of the last links with the very earliest days of computing in the UK. Kathleen Booth (then Britten) was recruited as a research assistant at Birkbeck College, London University in 1946 working with Andrew Booth whom she was to marry in 1950.

Andrew Booth was constructing a simple electro-mechanical relay calculator. This small team built a series of small electronic computers at Birkbeck. Although simple in design, the circuits formed the basis for the BTM HEC 4/ICT 1200 data processing computers of which over 100 were sold worldwide.

The lack of publications in her name has led to the assumption that she played only a minor role supporting her husband. However it is clear from his writings as well as hers that she built substantial pieces of hardware and did much of the testing.

This talk will review the work of the team at Birkbeck and subsequently in Canada and attempt to distil out her special contribution to their achievements.

He is a Past President of the British Computer Society, Past President of the Council of European Professional Informatics Societies (CEPIS) and served as Honorary Secretary of the International Federation for Information Processing (IFIP) for 10 years. He has served on the Computer Conservation Society committee since its founding in 1989. 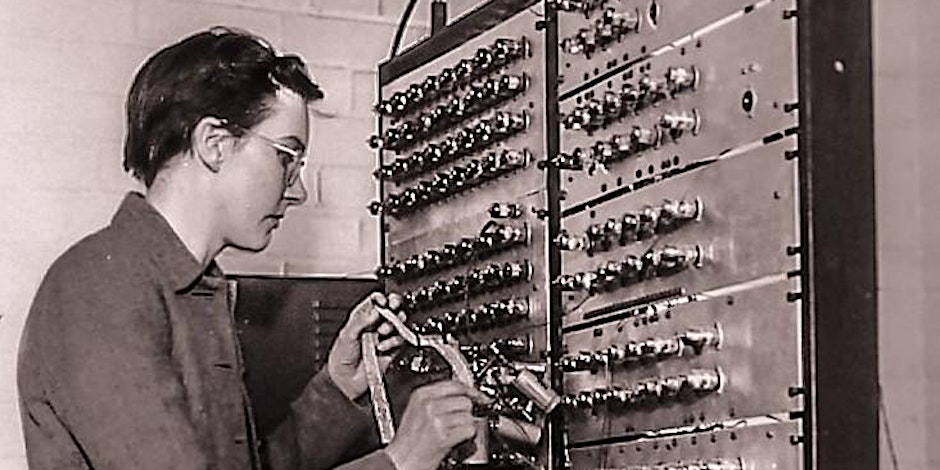