What does it mean to you to win this award? 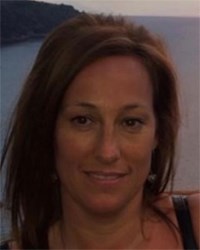 Winning this award is a real highlight for me. It’s great to receive recognition from right across the IT industry for all the great achievements my team and the wider HMRC IT team have delivered.

I recognise this is a personal achievement award and I’m hugely humbled for that personal recognition as I put my heart and soul into everything I do and I see that the panel has acknowledged that. But I do also feel this is a team achievement because this award isn’t given to leaders of teams that haven’t delivered significant improvements.

Talk us through your career

I joined the civil service over 20 years ago, at the lowest grade, and have worked my way up the progression ladder. In doing so, I’ve held many different roles, grades and professions.

It’s always been the scope and the interest of each role that has attracted me, rather than the profession or workstream. I moved into IT six years ago now when I joined HMRC, into a Lead Major Incident Management role which required the same core skills I already had. I knew it was going to be a huge learning curve, joining a new organisation with a limited IT background and no established network.

But, never one to be phased by a challenge, I set about proving myself and building a reputation for delivering while undertaking on-the-job learning and formal education. Within 12 months I was heading up the wider Major Incident Management team, progressing to Head of Service Management 12 months later, before becoming the Deputy Director for Service Management and Operations in 2019.

What does a typical working day involve?

A typical day for me is massively varied and no day is ever the same. Working in HMRC we have such a spread of responsibility that on any given day I can be moving from meeting to meeting, switching between topics such as ITSM transformation, EU transition, COVID-19, self-assessment, talent development, and mentoring.

Working in live service does mean I could have my day all planned and then a major incident hits wiping all plans aside, while we get into resolving the issue and all the briefings that come with it. Who wants a job that’s boring and predictable eh?

What does HMRC do?

We are the UK’s tax and customs authority. We’re here to collect the money that pays for the UK’s public services and give financial support to people.

This year our role has been vital in delivering the support needed to the country during the COVID pandemic with new schemes like the Job Retention scheme, Self-Employed scheme, Eat Out to Help Out and more. And we have also been pivotal in delivering a successful EU transition.

What advice would you give to someone considering a career in IT?

Don’t be put off by the view that you have to be a coder or engineer. Look at the strengths and skills you have, and in which IT roles you’d utilise those strengths every day. Technical skills can be learned and enhanced, but your core strengths are what make you who you are.

Who has been the biggest influence in your career?

There have been three line managers in particular who have influenced my career - the first being a manager who always believed in me, more than I did myself, and supported me to take roles that developed my people management skills.

The second was a senior leader who always saw me as a problem-solver and gave me challenges that were not strictly in my role but gave me a greater understanding of the organisation I worked in, and pushed me to always take the harder career choices.

Finally, a leader who has really shaped me as an IT professional, who has taught me so much about this field and given me so much support: allowing me to shape my organisation as I want; giving me access to the wider HMRC to widen my network of influence; while being there when I have needed a sanity check, a bit of guidance or backing to stand my ground.

Who do you admire and why?

My go-to person, who I have admired since a teenager, is Martin Luther King. I think it was his determination to do the right thing, to make a difference for others and keep going despite the set-backs.

I think it’s important to acknowledge that, while he was a great leader, he definitely had flaws as a man and this is the same for most people in leadership; we are all human, we make mistakes and we have vulnerabilities like everyone else.

He would be the person at the top of my list if I could have a dinner party and invite someone from the past.

What are your aspirations; how would you like to progress?

Many people think I am ambitious, but not my view. I would say instead that I am driven.

My aim has never been promotion but it has always been to be the best I can be and in doing so that has gotten me noticed and promoted - for me I think there is a difference. My aspiration is always to be comfortable in myself knowing that I am doing my very best, and that people can see that in me.

I really enjoy working in IT and I think it suits my natural strengths so progression for me in the coming years would be to build on my previous roles and professions, such as project / programme management for example, and maybe to move into that area at a senior level but still within the IT arena.

I have a lot of years left of my working life and I love a challenge and to learn and make a difference - so expanding into another area of IT would keep me happy and interested.

What are you happiest doing when you’re not working?

Socialising with friends and family. I love my holidays, relaxing, socialising and having new experiences. I love spending time with my extended family, and I have a fantastic group of friends that we have great times with. I work hard but play hard and outside of lockdown I am usually out every weekend, be it with friends, family, or at a football match as that is my other love.