‘The talk is going to be about the cognitive computing era,’ said Dr Banavar, addressing the topic of his lecture. ‘Over the past few years,’ he explained, ‘we’ve witnessed the establishment of a new era in computing - the age of machine learning. And, as we move into this new age, the resulting technical, professional and societal changes will be profound.’

Rounding off his summary, Dr Banavar said: ‘It means having a very different relationship with machines. We'll need to start getting used to having machines with us, to having natural interactions with them, and get used to the idea that they’ll be doing a lot of tasks in every part of our lives.’

This year’s lectures will visit four cities - London, Cardiff, Dublin and Belfast. ‘We’ve gone to Northern Ireland for the last two years and we fill the Belfast city hall with more than 450 people,’ he says. ‘The tech companies around the city - firms like Intel - bus young people to the event from across the province.’

The best questions the speaker receives, are from young people, Professor Norton says, and that is just as he likes it. ‘That’s where we want the lecture to be. And that’s really having an effect on how people perceive computing and a career in computing.’

Turing was a formidable intellectual force who worked across many different fields. ‘His work on neuroscience was brilliant and it’s absolutely central to what’s happening today - work like Google’s Deep Mind and, of course, IBM’s Watson - the subject of our 2017 Turing lecture,’ Professor Norton explains.

‘Indeed,’ he continues, ‘it would be very hard to find any area of our society or our economy which isn’t touched by computing and the internet. It’s very important that people understand where these things come from and how they work, not just how to use them. The Turing Lectures very much do that.’

An affinity with codes

Professor Norton’s association with the Turing Lectures isn’t entirely co-incidental. ‘I was sponsored at university by the Post Office,’ he remembers. ‘There was a Post Office College of Engineering Studies at Little Horwood, near Bletchley Park. From time to time we were put up at Bletchley Park. This was long before what Bletchley did became very public.’

Professor Norton - a mathematician at heart - is also, fascinated by cryptography. ‘I worked, for some years, as the link between BT - as it became - and GCHQ on matters of civil cryptography. One of my team pioneered the use of cryptography on satellite signals, for example. We did work for the Bank of England. I was a regular visitor to GCHQ when we weren’t even permitted to acknowledge it existed,’ he recalls.

Dr. Guru Banavar is vice president and chief science officer for cognitive computing at IBM. He is responsible for advancing the next generation of cognitive technologies and solutions with IBM's global scientific ecosystem, including academia, government agencies and other partners. Most recently, he led the team responsible for creating new AI technologies and systems in the family of IBM Watson, designed to augment human expertise in all industries.

Previously, as chief technology officer for IBM's Smarter Cities initiative, Banavar designed and implemented big data and analytics systems to help make cities, such as Rio de Janeiro and New York, more livable and sustainable. Prior to that, he was director of IBM Research in India, where he and his team received a presidential award for improving technology access with the Spoken Web project.

Across his career, Banavar and his team have delivered a range of products and solutions for IBM and its clients. He has also served on task forces such as NY Governor Cuomo’s commission to improve resilience to natural disasters. He holds more than 25 patents and has published extensively, with his work featured in media outlets around the world. 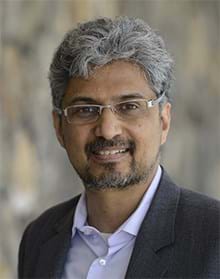