It is no secret that the technology industry lacks female representation at all levels. Women make up just 17 per cent of the industry. There are some fantastic awards for women working in tech, however, most of these focus on senior women.

Whilst we feel it is extremely necessary to highlight senior and influential women, we also believe the pipeline of female technologists need a platform to shine. 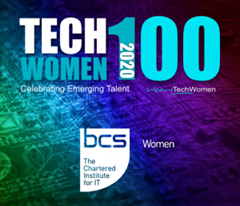 This is why the TechWomen100 Awards were created. The awards focus solely on women working in tech below director level. We hope that by highlighting the accolades of up-and-coming inspirational female tech talent, we can help to create a new generation of female role models for the industry, and a pipeline of future leaders.

New for this year, we are also excited to introduce a new “Global Award for Achievement” category to our awards to expand our search for global talent. This category is a female individual who works within the tech industry outside of the UK, whose current position is below director level.

Through the awards, we would also like to recognise a number of senior individuals who are championing up-and-coming women, as well as any organisations that have designed and implemented successful initiatives and programmes in order to attract, retain and develop the female tech talent.

Finally, we applaud the often-voluntary efforts of the women in tech networks that operate across the UK, and again would like to formerly recognise these within our awards.

The TechWomen100 awards are the first of their kind to focus solely on the female tech talent pipeline and recognise the impact of champions, companies and networks that are leading the way.

Winners will be announced in November and celebrated at a virtual award’s ceremony on 8 December. There will be 100 winners of the TechWomen100, a Champion of the Year, a Global Award of Achievement, a Company of the Year and a Network of the Year.