BCS, The Chartered Institute for IT, recently held a diversity in tech panel. Following the event, Computer Weekly asked some of the panellists about their first computers and their first experiences of computing, looking at how people got started in their IT careers.

‘Chair of BCSWomen Sarah Burnett, said: “We can run as many coding clubs with fun coding projects and mentor as many youngsters as we can, but we will not attract large numbers into the industry without role models that inspire the young. 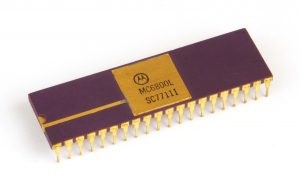 “There is a clear lack of role models, and this is not helped by the entertainment industry that always portrays techies as freaky geeks,” she said. “We need the likes of Disney, BBC and ITV to help by creating cool sci-fi techie heroines to show that girls can be ace at coding too. Let’s not always leave it to magic and fairies to save the world.”

Burnett said that among her first experiences of computing was programming in Motorola 6800 microprocessor assembler. “I had to learn to use hexadecimal,” she said. “There were no such luxuries as having simple multiplication functions: I had to code everything from scratch. Later, I used VAXes when I joined the Digital Equipment Corporation – the best machines that were around at the time.”’