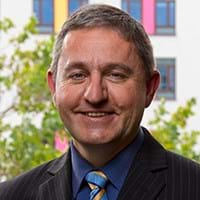 Philip is a Reader in Health Informatics at the University of Portsmouth. He is Deputy Editor, BMJ Health & Care Informatics, serves on the Boards of PRSB and HL7 UK and is Chair of the EFMI Evaluation Working Group. Philip has worked in health and care informatics for over twenty-five years.

John retired from General Practice in 2016 after 33 years. He has been interested in informatics since the 1990s. Working for Meditel and Torex in the early days. He is a Clinical Adviser to PRIMIS at the University of Nottingham, involved in writing software and developing clinical audit tools. Since 2016 he has been a Senior Clinical Adviser to NHS Digital, advising on the migration of primary care to SNOMED CT. 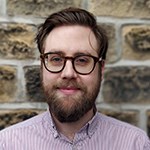 A registered Social Worker, Tommy has worked across social care both for local authorities and represented the not-for-profit care provider sector in his current role as the National Care Forum’s Digital Lead. Having worked both locally and nationally, he has an excellent understanding of using technology, digital and data standards to promote person-centred integration across health and social care. Tommy is focused on ensuring that people and those who work in care have the skills they need to engage with technology. In addition to his role with BCS, he is a member of the Faculty of Clinical Informatics, the British Association of Social Workers, and a trustee of youth engagement charity, Grow UK, in Sheffield.

Wendy is Head of Workforce and Organisational Development with a nursing background. She holds an MSc in Change & Innovation and recently has been awarded an Honorary Professorship from the University of Wales Trinity St David. The professorship in Applied Practice has been awarded in recognition of Wendy’s expertise and knowledge in championing professionalism in technology and information. Her role includes workforce planning recruitment and retention; professional recognition and registration; education and training; career pathways & CPD.

Fran is currently employed as the National Clinical Informatics lead for nursing at NHS Wales Informatics Service, her unique mix of nursing knowledge and technical ability have translated into transformative improvements for both patients and clinicians. Currently Chair of the British Computer Society (BCS) nursing committee, Member of the WNMC and Welsh representative on the 5 Nations Nursing Informatics Group.

Sharon is the current Treasurer of the BCS Health and Care Executive. His first nursing informatics clinical post was in 1997 and he has since worked in a number of leadership roles in the UK and beyond. Sharon is currently working at Edinburgh University for the MSc in global eHealth.

I am the Chair of the BCS Mental Health Informatics Group. I trained as a Psychiatric Nurse, working mainly in acute and forensic care. I became the Product Lead for Mental Health in the London Programme for IT in 2004 until 2011, and during that time, for 2 years I was also National Clinical Lead for MH nursing.

Mike is a healthcare informatics and information governance consultant. He has worked in healthcare IT for most of his career, including five years as an IT Director in the NHS. He has been involved in ICT standards, not only in healthcare, but also other fields, for many years. He has considerable experience of developing and assuring technical as well as professional standards. In addition to his BCS role, Mike is a member of the HL7 UK Management Board. 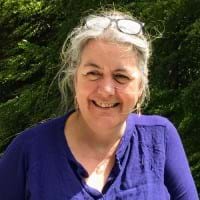 Katie is an experienced digital health and health inequalities researcher with a background in IT. An active member of BCS Aberdeen Branch committee as Education Liaison Officer for many years. A former Lecturer in Computing, Procedures Analyst, latterly Senior Research Fellow and Lecturer with RGU School of Pharmacy & Life Sciences, and still supervising several PhD students. Katie represents BCS Health & Care on the Scottish Government led annual DigiFest and The Alliance led Discover Digital conferences. Deputy Editor on BCS BMJ HCI and Academic Editor with PlosOne and Accreditation Assessor with FED-IP. Katie is now working as an independent research consultant.