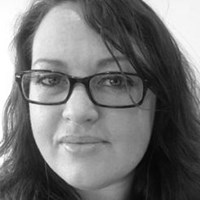 Sharon volunteers with BCS because she believes in the bigger picture. She’s especially passionate about making a difference to diversity and inclusion: ‘If I can make a difference in some way to a person or a group of people,’ she says, ‘then I feel like that's a job worth doing.’

What does BCS mean to you?

‘BCS has been many things to me. It is a professional society which brings together a wide range of people interested in the technology industry. Other industries - like construction and engineering - have been around for a lot longer, so we're becoming professional as an industry in a far shorter time period.

'I believe professionalism is increasingly important as we think of the role of technology in society as a whole. Beyond that, it is a network to meet amazing, diverse people with great ideas from a range of industries. It is also an avenue to make a difference to women in technology. Everything I subscribe to is embodied in our strapline “making IT good for society”.’

Why are you an active member of BCS?

‘I give my time to BCS because it's all part of the bigger picture. Volunteering allows me to make a difference to diversity and inclusion (with a particular focus on women), while also gaining personal benefits through meeting fabulous people with interesting careers. It's the perfect balance of giving and getting simultaneously.’

What do you do as a volunteer?

‘My role is largely BCSWomen; I am Deputy Chair for the UK, but most of my time is leading the group in Scotland. We run activities there to provide women with opportunities to get together and see role models - these aren't necessarily senior members; everyone has a story.

‘I run events for members to meet, share experiences, hear from women and also learn about upcoming technology and build their personal skills in a safe environment. The events are open to everyone but built with women in mind, because it is important that everyone is involved in the discussion around diversity.

‘Primarily, it’s about providing women with the support and network they need to pursue a career in technology and to stay in the IT industry.

How does your role help BCS to succeed?

‘Diversity is more than just gender, but it is an area we really need to make strides in. There are two sides to how diversity benefits organisations: the financial side and the societal aspect. Speaking in teams of hard cash, it has been proven with real statistics that diverse teams contribute more to the economy through increased profits. Aside from that, diversity also leads to greater innovation.

‘We need technology to represent and serve the whole of society because currently many people find it difficult to access technology. People from all demographics must be represented to prevent biases creeping in so technology is beneficial to more people.

‘There are many women in technology groups doing great things; ours has been recognised through awards, which adds credibility to the BCS mission and strapline.’

What is the most interesting part of your role for BCS?

‘It's always interesting to meet people, especially those you've never even heard of. Often people don't get recognised for how good they actually are, so it's great to be able to meet those people and celebrate them. I'm always inspired by the amazing people I meet through BCS.’

What are you most proud of with BCS?

‘It feels a little big-headed to say, but it would have to be my MBE. I didn't even know I had been nominated - I arrived at work to find a letter on my desk from the cabinet office and I thought: “oh no, what have I done now?!” It was a real honour to be recognised and my work with BCS will have formed a large part of that. But it's not just about me being recognised, it's a recognition that what we're working on matters, that it's worthwhile. It's an acknowledgement that I've made a difference and I'm really proud of that.’

What makes your role enjoyable?

‘The people - it's all about the people! Everyone involved in BCS is really interesting and has a lot of great stories to tell. I enjoy helping people, talking to people and learning from people.

‘Importantly, it's not all work and no play... BCSWomen Scotland branch visited an escape room recently! It's a lovely social community to be a part of which also makes great strides in IT for society.’

Are there any memorable / striking moments you've had with BCS?

‘A moment which really sticks with me is when BCSWomen ran an Appathon across the UK. We held hundreds of events training kids and their parents to build apps for Android phones; crucially, every event was run by a woman, supported by a mix of men and women.

‘It was aimed at both boys and girls to get them playing with technology, but we invited parents too to show them what it was all about in case they had never had the opportunity before.

‘It stood out as a moment with a bit of a difference where everyone had a wonderful shared experience and a lot of fun. One girl, about ten years old, said "technology is for everybody" and it really captured what the Appathon was all about.’

How do you balance work / personal life / volunteering?

‘I learnt early on to be really organised. But it's not just about me, it's always a group effort. There's about ten of us in the BCSWomen Scotland team and we all recognise that all of us have personal lives and jobs which may be demanding at different times.

‘Even when I'm arranging an event, everyone pitches in and it's all hands on deck - usually I wouldn't be speaking if I'm organising it, so other people prepare their content and the workload is shared. It really comes down to having such a supportive team.’

What matters most in your professional life?

‘It's all about making a difference for me and tech is a really good way to do that. I’ve always liked solving problems and using technology is a good way to solve problems. Whatever I'm doing in my job, if I can make a difference in some way to a person or a group of people, then I feel like that's a job worth doing.

‘I got into technology quite early on and saw the world was heading in that direction. I want to be a part of this digital world and influence it in the right way.’

How did you get to where you are now?

‘I had technology roles throughout university, but my first proper job was with IBM where I have had a steady progression of more challenging and exciting roles of ever-increasing responsibility.

‘I started out in outsourcing, seeing what it’s like to run technology; then I became an architect in the consulting world - this involved running technology and delivering new technology with old.

‘I moved from the consulting world into sales as a technologist - instead of understanding how things work, I wanted to influence decisions around technology, so I started working on more public projects like smarter cities.

‘Now, I am the CTO for the public sector in our sales organisation - I meet with the Cabinet Office to discuss how automation can make a big difference.’

What's important to you outside of work?

‘I love singing and music. In fact, loads of people are musical in our senior leadership team because music and computing have a natural linkage due to the maths of the patterns and how they work together - music is maths!

‘I also have a deep-seated passion in mental health. It's a really important subject, which, again, links with music; singing for just 10-15 minutes a day has been proven to contribute to better mental health.’

What would you say to a new volunteer who asks you how to be successful?

‘You'll be amazed by how much you can do with BCS. All it needs is one person to lead an initiative and everyone else within the relevant areas of BCS will follow and help.

‘My advice would be to have faith in what you want to do because BCS will support you in it.’

What do you want to do next in your BCS journey?

‘It sounds odd, but I would like to get to the point where I'm more replaceable than I am now. That's not because I want to move on - I have no plans on going anywhere! I just feel like there still has to be a lot of me in things to sustain them and I would like to empower other people to be able to do what I currently do. It's for the good of everyone if I don't always feel I should be contactable and part of everything. I'm sure part of that is in my head, but I would still like to empower others.’

With the turn of the decade, where do you think BCS should be heading?

‘With the world in the mess it's in right now, particularly with regard to diversity and inclusion, BCS needs to amplify its message of technology being good for society. We need to ensure things like AI and data are for the good of people: they can also serve corporates, but it's important to focus on people and ensure we are doing good for them without unintentional negative consequences. To prevent this, we need to really think things through and analyse correlation vs causation. By doing this, we will be good stewards of society and technology.’

If you had children, would you recommend they follow in your footsteps?

‘It worked for me! Having said that, everyone's idea of success is different and mine isn't the kind of career for everyone. I once told someone it was the best job in the world, then they tried it and it didn't work for them. Not everyone can cope with the amount of travelling I have to do - I live up in Scotland and commute down to London weekly. But I have no regrets about the things I've done and I would make the same mistakes again because they've been useful and made me who I am. Ultimately, I love my job and what I do.’