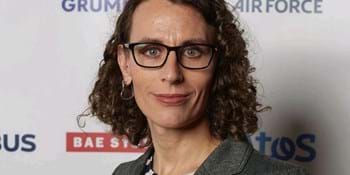 Do you prefer not to say? I would love to tell, but all too often I am unable. I am talking about filling in forms that ask, ‘What is your gender?’ A limited choice of possible answers is the norm. I dread signup forms and surveys because, often, I cannot provide a truthful answer. I am left with a choice: cancel the form, or submit false information - both options hurt and cause me distress.

This year’s census was a joyful moment. I was allowed to declare my gender identity as being different from that assigned at birth and to write my gender identity using my own words: no radio buttons, no drop down, just a text box. Personally, I would have provided a combo box that allowed users to select commonly used genders or enter their own.

The excellent gov.uk design system says ‘if you have to ask about gender, you should: list the fields in alphabetical order and do research to test that this works for your users.’ So, why on so many occasions, do I find myself on state run websites not being able to answer the question properly? It’s because the research hasn’t been done. All I personally need is a choice of ‘other’ - surely this would meet the organisation’s need, too?

When you ask the wrong question, you are likely to get the wrong answer. By not including non-binary people in surveys, you will either never get their opinion or attribute their opinion to the wrong demographic.

A more common question when filling in forms is ‘What is your title? Common choices include ‘Mr’, ‘Mrs’, ‘Ms’, ‘Miss’, or ‘Dr’; sometimes there are more. My title, Mx, is often not a choice, yet you must provide an answer. There are problems with this - firstly, why does the organisation need your title to provide you with their services? What do they do with the title you provide? Both questions have their roots in the Data Protection Act 2018.

When shopping for goods, if I can’t answer the title question truthly or leave it blank, I will shop with a more inclusive retailer who lets me answer correctly or just doesn’t ask. I make purchases from many inclusive retailers and choose to not to purchase from the many companies who would prefer to dictate my identity to me.

I have contacted them about this and asked them to add Mx to the options available, but they haven’t, so it’s their loss. Another example is insurance. I am prepared to pay more for my policies with companies that treat me with respect and don’t require that I lie. Non-inclusive companies refused to change my details when I came out; despite pointing out that data they keep should be, accurate and kept up to date. Yet nowhere on these companies’ privacy notices does it say that they will collect your title, however some refer to gender.

When I last tried to get a quote from a broker, they didn’t ask for my gender; but instead asked for my title providing only gendered choices. It is obvious what they are doing, they are using given titles to guess gender. Why they need to know a person’s gender is beyond me, since gender-based pricing was scrapped in 2012.

Whilst these companies are not state run, the gov.uk design system highlights they should ‘never use titles to guess gender.’ Holiday companies use the same practice to determine the sex likely recorded in your passport; failing to explain this in their privacy notices. A title should not be needed since no title is recorded in a passport.

If asking for a title out of courtesy, it should be asked for in an inclusive way. If user has a title, they should be allowed to enter it, regardless of what it is. The question airlines should ask is: ‘What sex is recorded in your passport?’

People exist outside the gender-binary; we deserve to be respected and treated equally. As IT professionals, we should not only be aware of the protected characteristics defined in the Equality Act 2010, but try to understand how people with those characteristics are impacted by our systems and actions.

Danny Holt retired from the RAF in 2021 after spending 16 years as a software engineer working on the E-3D Sentry’s mission computer, an IBM System 4PI a military specification derivative of the IBM 360. They gained CITP status in 2012 and IEng registration in 2019, using their engineering experience from the RAF as evidence.

Danny lives in Lincoln with their wife and 12-year-old daughter. They enjoy following Burnley FC, practicing yoga and play active role in their local church.

If you are a member of BCS and would like to change your recorded gender, we can help.