Putting the spotlight on the Big Bang Theory in tech careers 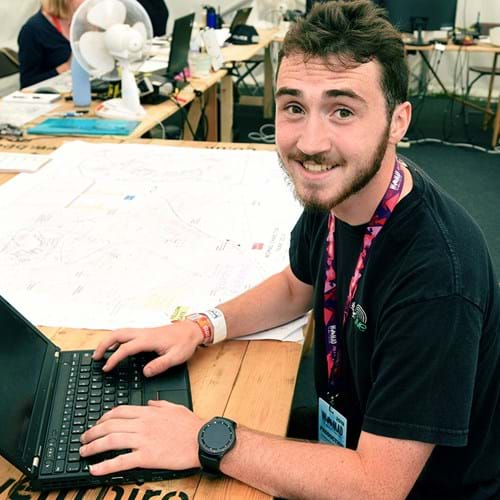 'Everyone has the view that to succeed in tech, you have to look like someone out of the TV programme, the Big Bang Theory. That is, be antisocial, have no people skills and be stuck on the computer all the time,' Buki Thompson, a system engineer, told a two-day online career event, the Spotlight Talks, recently.

Eight thousand school pupils and their teachers tuned in to watch young people talk about their routes into tech jobs and how their experiences challenged the stereotypes.

The Spotlight Talks, focusing on inspiring digital careers excellence, were organised by WorldSkills UK, an independent charity that partners with education, business, and the government to raise apprenticeships and technical education standards.

BCS partnered with WorldSkills UK on the event, and Annette Allmark, BCS Head of Apprenticeships, told the audience: 'There's a huge demand for technical skills, and not just in tech jobs. A lot of the time, people think it's all about working in tech organisations. But it doesn't matter what sector you are in; digital skills are very much in demand and becoming more so.'

Going back to Buki, she works for a consultancy, Principle One, which provides digital systems for law enforcement. She couldn't say much about what she does because of the sensitive nature of her work, but she did give a hint: 'Essentially what we do is we tackle challenges within the threat landscape, so we are trying to make the UK a safer space. I can't say much about it other than it's enjoyable, exciting stuff.'

She told the audience she found her way into tech via the arts because she is, by nature, a very creative person. In the early years of secondary school, she joined Myspace, the social networking service. She designed pages for her friends using photoshop and found herself configuring HTML, the standard markup language for documents intended for web browser display. She said: 'I didn't realise I was coding. I was just making the pages look pretty.'

A tech career wasn't Buki's first choice. She took A-Levels in Art, Psychology, and Philosophy and studied Psychology at university. She got a job in sales when she graduated but then quit, took time out and joined a three-month coding Bootcamp. 'That's what kickstarted my journey into tech,' she said.

She became engrossed in what she calls her 'passion projects' and designed her own role-playing Anime video game and an interactive travel destination app.

She said that passion powered her route from there to her current post. When it comes to learning to code, she said: 'There are so many things you need to learn and keep on learning. You have to apply yourself and have a thirst for knowledge and be adaptable.'

In her first job as a product specialist, she realised there were few women in the sector, and she was the only black woman coding at her company. The official figures show that less than one per cent of the tech sector is made up of black women.

Buki set up a Hip-Hop coding club to encourage from diverse backgrounds to learn this skill. 'You can use code to create art and using Hip-Hop is a way to make it more relatable to people who look like me and to show that you can take it and make it your own thing,' she said.

When asked about the lack of diversity in tech, where the figure for women in the industry hovers around the 20 per cent mark, Buki said she felt it is moving in the right direction. That's because computer science is taught more widely in schools now. Plus, there has been the rise of support networks like Coding Black Females. Buki added: 'This has helped us to get into spaces where previously we couldn't get a foot in because we didn't look the part.'

Also speaking on the panel was Cameron Warwick. He's the technical lead for Etherlive, a company that provides networking services, such as Wi-Fi and CCTV, for live events. His job is the site set-up, monitoring and making sure it all works.

He told the audience he'd been interested in IT at school but reached a crossroads when he was 16 years old: 'I wasn't too sure what to do as I didn't want to go to university. Fortunately, a friend of mine told me about the apprenticeship route, and the rest was history.'

Once he took up his apprenticeship working on live events, he was hooked: 'It is incredibly satisfying. You turn up to an empty place, work your way through the build for weeks to get everything ready, and when it all goes live, it's massively satisfying.

'When you're taking everything down at the end, and you know it's all gone well, it's a very humbling feeling.'

Cameron has worked on large music festivals like WOMAD to smaller ones like the One Out Festival. He's also worked at Wimbledon, the Royal Windsor Horse Show and the RHS Flower Show.

Cameron said an apprenticeship made sense to him: 'It has that perfect balance of being able to earn and learn at the same time.'

Plus, it's given him the valuable work experience and qualifications he needs to succeed. However, he admits sometimes, working and studying could be a challenge: 'With the events industry, we work mainly in the summer. I was lucky because I could do the education side of my apprenticeship, mainly in the winter.

'It's all about time management, making sure you're able to set aside a few hours, so you've got the work there if your assessor comes in to check on your progress.'

Buki and Cameron had very different routes into the industry, but their passion for their careers is evident. The questions from the audience came in thick and fast on the live chat, showing that their stories had helped inspire the next generation to explore fulfilling careers in tech.