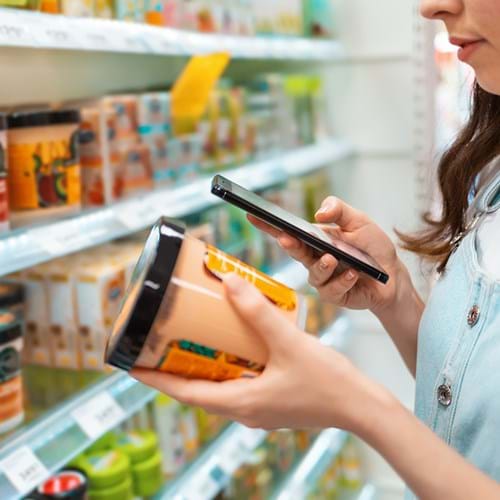 ‘Every time you spend money, you're casting a vote for the kind of world you want.’ Emma Kisby begins with a quote from respected author Anna Lappé, now a founding principal of the Small Planet Institute, which encapsulates the raison d’être of the personal impact app, CoGo.

All of these problems: social inequality, climate, whatever it might be, feel so massive in isolation, it’s difficult to believe that as an individual you can make a meaningful difference. At CoGo, what we want to show is that collective impact - the small things everyone can do - can make a huge difference. That's the power of it.

What is CoGo and why is it so powerful?

My background is in customer data analytics. I helped Sainsbury’s set up a multi-million-pound business using customer data analytics to inform their business decisions and influence consumer behaviour. What's really interesting about open banking is that you can effectively take that spend data and put that back into the hands of the individual. You can make it a tool for good to show people how they consume and how they can make better decisions. That’s incredibly powerful.

At the start of last year [2020], I met Ben Gleisner, a climate economist who worked at the UN, for the New Zealand government. For the last ten years, he has been connecting consumers with businesses who share their values. The name CoGo comes from ‘connecting good’. Now with open banking, there was suddenly the opportunity to give people information in a very hands-off way to show the impact of their spend with different businesses - and to show the impact their changes could make.

How does the CoGo app work?

We have something called the good impact framework. Effectively, what we do is aggregate business data from purpose-based accreditations, such as Living Wage, Soil Association, Social Enterprise - we work with about 120 different accreditation partners.

Suppose you want us to understand where you're spending - whether this business is reducing waste, buying organic, or paying the living wage, we will badge those businesses to show you how they are performing. It can be confusing for consumers to know if a business is doing good or green washing - we cut through the hype using accreditations.

So it’s not just about carbon footprinting?

No, although carbon footprinting has come to the fore with climate change and net zero. We assess businesses and aggregate the into a framework that revolves around 12 core values that we know are personal to people. Most people care about everything to a certain degree, but we try to narrow it down. We are still evolving and so are the consumers.

Is there a magic algorithm for good and bad?

In terms of magic numbers, we have magic badges. Basically, what we do is entirely objective and based on data. It’s not a case of CoGo, saying you're a good business or you're a bad business. We don’t get into the semantics or downgrade a generally good business if it’s had bad press. We’re about celebrating the good.

If consumers say it’s really important their grocer gives a living wage, then grocers will all start committing to becoming living wage accredited. In encouraging consumers to shift their spend, we’re encouraging businesses to invest in better practices. Small changes for a systemic change.

How granular can the app go?

If you want to really reduce your impact, there are actions you can take at an individual level. Some of the biggest things you could do to reduce your carbon footprint are: switch to renewable energy, change your diet to be plant based and buy less fast fashion and more second-hand. You can obviously travel less, choose to fly less, but these are the day to day changes that make a real difference.

People do look in their baskets and think, ‘Well, I bought my apples locally, but my wine is from New Zealand, how does that all stack up?’ What we’re doing is helping consumers get perspective, to reduce their impact and facilitate behavioural change.

Mike Berners-Lee, who works with CoGo, uses an academic study by a New Zealand university [citation] where they were able to prove that apples grown in New Zealand and imported to England actually had a lower carbon footprint than those grown out of season - with intensive energy demands - in England.

Do people trust the app?

One of the challenges is that a lot of people still don’t understand open banking. It’s underpinned by the FCA and is secure, but it’s still a fairly new concept, having only started in 2019. CoGo working with the banks has helped - there’s still a lot of trust in the banks. We’re already working on pilots with Natwest and Santander; that’s what’s been brilliant about open banking - showing innovation to massive institutions that can push change at scale.

In the last 12 months, banks have used our tools to empower their own customer bases. They want to use our functions and features, such as the carbon footprint tracker, to present to their customers in their own apps.

As time goes on, I believe the value of open banking will become apparent. People will understand the trade off when using search engines and will question how their data is used or monetised by search engine companies.

Should we wait for the billionaires to lead the way?

Even though they have the biggest impact, we can all make a change. It is the collective impact of one person, one business, one government making changes that can address the climate crisis. It’s going to require a collective response.

Can we do what we like and just pay to offset?

We're not going to offset our way out of the climate crisis. That doesn’t mean offsetting is bad, it just means you need to do it in a way that’s incremental. We partner with South Pole, who is accredited ‘gold standard’ in offsetting for a lot of overseas projects. What our research has discovered is that people are often keen to support projects closer to home.

The fact is, we’re always going to consume, but we need to do it consciously. You can do that by lowering your spend and making better decisions, but we acknowledge people are still going to want to fly off on holiday, and so offsetting is a good way to counteract those one-off actions.

Do you think COVID has brought a shift in our collective thinking?

I was talking to an executive who's worked in one of the big banks heading up their sustainability mission for years. He said that for the first time in 15 years, he has removed four slides from his presentation explaining there is a climate crisis. I laughed but was horrified at the same time. He said, ‘I don't need to convince people now, everyone is there. Now, it’s a case of what on earth are we going to do about it?’’

CEOs are announcing they’re going to be net zero by 2025. Two years ago, there were people thinking about it, but it wasn't core to their jobs. All of a sudden, there’s been a shift - which is brilliant. As a business, we get a lot of people coming to work with us who really care and are passionate about sustainability. We're very much about collaboration and we really want to celebrate that in other people as well.

We're also seeing amazing businesses coming through who are looking to solve some of these issues, such as Mud Jeans. Jeans are a mass polluter but Mud is looking at how you can recycle and serve jeans.  Another example is Reckoning, who focus on recycling electronics. Rather than buying new, we should be recycling. We should be driving a circular economy.

Have any of the companies you’ve evaluated changed as a result?

We’re living in such interesting times. Cryptocurrency is a technology solution which obviously is meant to decentralise the power of the banks and create an easier flow. But then, of course, the energy needed to run crypto could have a seriously detrimental impact on the climate. Will crypto become a solution? That that question is even in our psyche shows what an amazing place we're at. Unlike the industrial revolution, we know the consequences of our actions, so there has to be something good in that, right?

Around 20-years ago, I was working with Tesco when they were thinking around their traffic lighting for the food labelling. It was a similar problem. There was a problem with obesity because people just weren't consciously consuming. The traffic light system helped to change that.

So when every label says ‘red’, do you always say ‘no’?

Pork pies are the unhealthiest snack and I'm sure we'll always have the ‘pork pie’ of ethics. We’re not saying don’t eat pork pies, or don’t fly. What we are saying is ‘be conscious’ and ‘think about the impact’. Don’t just do it. This casual, disposable consumerism that we've just fallen into is gradually destroying our planet. The awareness of that can only be a good thing.

This is a critical decade of change. We can all take action, from the ground up. It's really exciting that COP26 is in the UK - businesses, governments, investors, consumers: everyone is in the building. I'm conscious we have some people in my business who think, ‘Oh, the planet's going to end,’ I'm naturally quite an optimistic person. I do feel that with good collaboration, we will solve this. We can and will find solutions to get there.

Green IT Computing in society Future tech Design and development