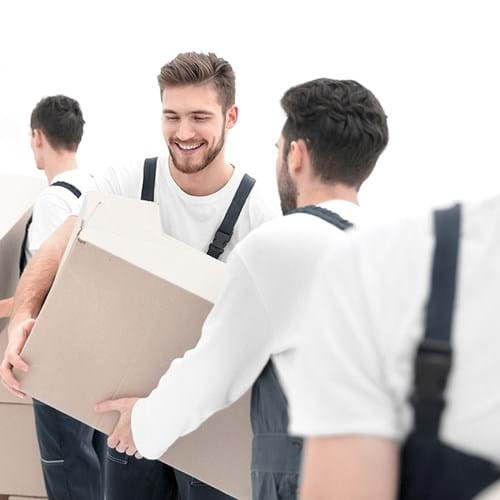 IT organisations at some point will have to consider whether to build or buy their services, writes Dr Naveen Madhavan, PhD MBCS, Senior Product Specialist (Pathology) at NHS Digital Health & Care Wales.

Outsourcing decisions since the 80s have been driven by economic evaluations, resource flexibility, risk tolerance, and political ideology. Yet, these arrangements are not without their own hurdles as healthcare IT carries excessively more intricacies than any other sector.

In response to the COVID pandemic, the UK Government awarded contracts worth £50bn of which an estimated £20bn worth of agreements were awarded without competitive tender. Agreements don’t have to be in writing nor do they have to be signed to be legally binding. Business relationships are often formed and operate under informal agreements with implied terms for urgent projects that are firmed up later.

Tendering to find the right service provider is traditionally a convoluted process where multiple parties, after successful pre-qualification, engage in dialogue often moderated by an experienced and affordable consultancy to coax the procurement process to completion.

In practical terms, it’s well known that prospective bidders will mobilise all necessary resources to conform to most, if not all evaluating criteria. The process is traditionally civil where prospective service providers have to demonstrate that their experiences match or exceed procurement necessities that make up the value proposition.

At the negotiation stage, prospective bidders arrive armed with internal briefings from corporate advisors on the boundaries of engagement and communication that determine their pitch and presentation. For this reason, assurances required on essential aspects may be initially vague that have to be teased out repeatedly during the negotiation process.

Prospect theory was defined by behavioural psychologists Daniel Kahneman and Amos Tverysky in 1979 who asserted that individuals assess probabilities objectively and in a non-linear fashion by placing more importance on loss aversion choices that are themselves based on biased judgements.

The principle comes into play as procurement panels form opinions of their preferred provider even before the selection process begins; much like an interview where the panel have a preconceived idea from the application of the candidate they would prefer to have on board. Cues and signals are exchanged between panel members throughout the process to influence a decision towards a consensual majority.

Nevertheless, in the spirit of fairness and to share risk, selection panels often stretch themselves to include additional stakeholders to bring credibility and competency to the proceedings.

From the outset, potential service providers endeavour to tick every conceivable box to prove the affordability and suitability of their technology. Due to time constraints, these processes do not allow enough time for a deeper evaluation of the capability and performance of the elective system.

Negotiations can stall where there is an impasse as stronger minded individuals in the room are unwilling to concede on functionality, delivery, or support aspects. A consensus may emerge when selected contractual terms are traded in exchange for others. Relief may also arrive when participants who have caused an impasse are absent from the decisive session.

Healthcare organisations are under constant pressure to harmonise demand with capacity, control spending and improve service quality. Opportunism may creep up in the form of unrealistically low bids being submitted that absurdly become a snare when the time comes for service providers to deliver on their commitments.

Conversely, others may strategize to bid far above the expected price out of hubris especially for operational systems that are already in use thereby demanding comparably much more project investment even at the risk of losing the bid.

Assumptions for the winning bid may lean more toward the cold concept of service requirements as opposed to the practicalities of service delivery within a local context. In other words, selected technologies scoped for development and implementation will often require a compatibility review that adds pressure on initially projected timescales and costs.

Long standing problems or failed promises between existing service providers may be factored into the final selection in terms of whether these relationships should be retained or terminated. In other words, the influences that steer contractual decision making perhaps has much to do with recall and emotions than just finance and risk.

Preparing documentation that captures the processes, rules, messaging and transforms within incumbent systems to inform the new solutions can be intricate, arduous, and deficient. This is because the assumptions and rules that fire data in different directions within high performing systems to present it correctly to the end user would have been developed iteratively followed by specialised testing and enhancements over time.

Collaboration during the life of the contract instils confidence that service providers will respond promptly to critical issues when needed. By the same token, an understanding of operational boundaries, combined with the familiarity of the relationship can induce occasional complacency during troubleshooting.

Although organisations adhere to the protocol set by service providers to report incidents through the latter’s nationally hosted service desk, in reality, most outsourced services are supported by a handful, if not a singular expert who solely understands customised solutions.

The preparation of regular KPI reports may present an ambiguous interpretation of metrics to avoid financial remedies. The route the incident takes from logging to resolution could be halting as the SLA clock is stopped for example if the service provider chooses to request additional information from the user before they can investigate further.

Service providers who see a contract end date approaching, often reduce their participation at meetings and may display more apathy towards service incidents. At this stage, preparations to plan the transition process of services to new solutions may begin to take precedence over ensuring service quality within existing services.

IT outsourcing provides a learning opportunity with every procurement exercise in terms of service failure, poor engagement and the value received from investments.

Spiralling costs, relationship challenges and strategy revision may reach a tipping point where organisations decide to bring back outsourced systems to develop them in house for more operational control.

Organisations must consider the costs of upskilling their workforce, managing operational risk and service support aspects for insourced systems. In reality, most organisations provide a variety of IT services that are a conglomerate of third-party and in house systems.

The principle of coproduction encourages strategic decisions towards people-centric services. Healthcare prefers one window applications that present and process information under a single access point.

The spiralling costs of healthcare systems can be consolidated if regional groups are flexible to centralise disparate systems. These decisions begin with a willingness to move away from localised legacy solutions and the leadership foresight to take an approach that considers patient care above politics and impulse.

Naveen Madhavan PhD MBA MBCS is a Senior Product Specialist (Pathology) at Digital Health and Care Wales. His doctorate explores the value of clinical information systems and he is a Visiting Fellow at the University of South Wales, UK.

Kahneman D. and Tversky, A., 1979, Prospect Theory: An Analysis of Decision Under Risk