The future of esports 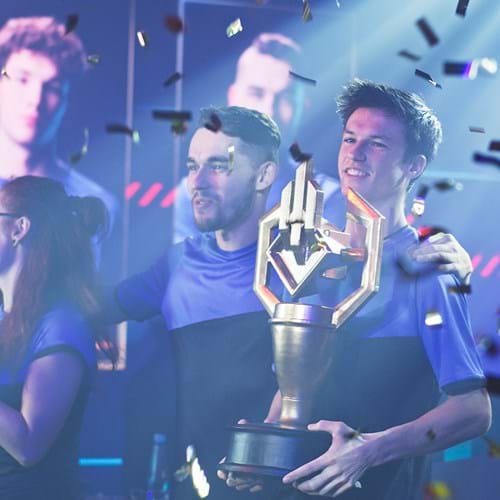 Esports is one of the biggest and fastest growing industries in the world, with viewership now reaching over 810 million people (NewZoo, 2021). But what does the future look like for this avenue of gaming? Bryony-Hope Green explains.

Esports is human-vs-human competitive gaming, where games are played in front of live audiences (both in-person and online).

The majority of esports titles are team-based, and each match is played with two groups or individuals going head to head. With around 35 ‘officially recognised’ esports titles in the world at the moment, players are able to compete in a wide range of genres - including MOBAs (multiplayer online battle arena), FPS (first person shooters), and sport-based titles.

In the words of Paul ‘Redeye’ Chaloner (former professional esports and video game broadcast host): ‘Given how quickly the competitive gaming industry has evolved in less than a quarter of a century, I don’t think it’s unreasonable to suggest that another decade will completely change the scene as we know it.’ (Chaloner, 2020, p222.)

The future of esports is very broad – but some aspects that are being focused on right now give insight into where the industry will potentially go.

From diversity to education, the esports industry is gradually opening its doors to more people; and will only become bigger from here.

With over 810 million esports enthusiasts, the world is gradually becoming more aware of the industry, and its impact on the global economy. With mainstream integration, it is predicted that the industry will bring in revenues of over $1.5 billion USD by 2023 - further boosting its presence.

In terms of the UK esports market, just between 2016 and 2019, the industry brought in over £111.5 million to the economy. These figures further support the notion that esports is an ever-growing market, but the future's looking even brighter.

One of the biggest things to note, in regard to the future of the industry, is the inclusion of esports in education.

2020 marked the start of the very first esports BTEC qualification, a collaboration between British Esports and Pearson. Now, there are over 1,800 students taking the BTEC in 70 centres across the UK - with 164 centres also being approved to run the qualification in the upcoming academic year.

In opening up the world of esports to individuals at this level, they can form the future of the industry at a younger age; whilst learning the ins and outs of esports in the present. Whilst there are only a few courses in the UK at the moment, the industry becoming more mainstream will allow more implementation of esports into education in the coming years.

Recently, Dell Technologies, in collaboration with OnePoll, conducted some research around esports in the education sector. This project revealed a lot of key information about the industry at the moment, and projects where it could flourish in the coming years.

One of the pinnacle findings in this was that: ‘Of the education stakeholders who believe esports should be taught in schools in the UK, over half (52%) said it would help increase grades in other subjects — while more than two-thirds (67%) believe it will teach students soft skills.’ (Dell, p.7, 2022).

With this in mind, institutions are continuing to work on implementing esports further into all areas of education – and thus opening up many doors for what the future of esports could be.

Inclusivity in esports has really developed a lot over the last decade, but it will still take some time for the industry to become fully inclusive.

Companies like Special Effect – who make bespoke gaming equipment for people with disabilities – lead the way in allowing esports to become welcoming to anyone.

As technology is advancing fast, major companies should be able to provide adapted versions of gaming technology in order to allow individuals with disabilities to compete and play on the same level as anyone else. With this, more esports teams can be formed to include those with disabilities; giving them the opportunity to play at a professional level with the appropriate equipment.

The Women in Esports initiative was founded in 2019, and works as a branch of British Esports to promote the inclusion of women and minority genders in the esports industry. The committee, which is made up of women in different areas of the industry, works on a variety of projects to promote more females to get involved in esports, and also set the path for the future.

Gaming and esports was always considered to be male dominated, but women are definitely taking a stand against this to broaden the industry. With more women filling all sorts of roles within esports (in the spotlight, and behind the scenes) boundaries that previously existed are being broken down every day.

By allowing diversity to flourish over the next five years, the esports industry will become one of the most inclusive industries in the world – to allow anyone with passion to have a place to express it.

Thus, the exact future of esports is still blurry, but developments will continue to be made to ensure the industry continues to boom.

Bryony-Hope Green is the Content Manager at British Esports (BEF) and works closely with the team to create a wide range of content giving insight into the industry.