Join us for our talk with Helena Twigg.

Almost one year ago to the day, an announcement was made that Beagle 2 had been found on the surface of Mars. This low-budget, highly experimental British foray into space engineering had been lost for eleven years and was presumed to have crashed into the planet: its carefully designed Entry, Descent and Landing system having failed and the whole module disappeared without trace.

This presentation will tell the story of a remarkable project, the emotional impact of its loss and eventual discovery, and the use of radar technology in the Entry, Descent and Landing system of Beagle 2, by a member of the EDL system design team. A task with many, many estimations, and many, many unknowns - how do you test something that is required to work on Mars?

Helena Twigg graduated in 1998 from the University of York with a B.Eng. in Electronic Engineering and spent seven years in Research and Development, including working on Beagle 2. In 2005, she returned to academia and completed a M.Sc. in Forensic Engineering and Science at Cranfield University. Since then she has worked as a Digital Forensic Examiner, Mum, Electronic Engineering Lecturer and most recently has returned to Research again, developing sensors to detect corrosion in offshore marine structures.

This event is brought to you by: BCS Hampshire branch, BCSWomen SG and Southampton Solent University 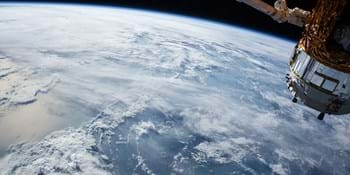