This presentation is to record the event of the closure of the Elliott 401 project! This project was a flagship project for the CCS running from 1993 to early 2018

There were many ups down in both the original design of Elliott systems and those very inovative years in the UK (and American) computer industry. The basics of designs are hammered out against the backdrop of an industry in flux, not only because the machine designers were still making discoveries but actual user/consumer needs were also changing in response. Heady and great years in which the first generation of valve based computers set the mark for the jump to the second generation and beyond to today in our very connected world.

The presentation is from material from archive sources recorded by Simon Lavington, in his books on computer history. From Christopher Burton who did a lot of work on this project and followed the story closely from the inside and latterly by Rod Brown who proposed the last solution to the project’s problems and has recently held the title of leader to the project up to the point if its closure.

Rod Brown was the last project leader of the Elliott 401 project,

Chris Burton is well-known as the leader of the project to build a replica of the Manchester Baby computer and is presently technical leader of the EDSAC replica project. 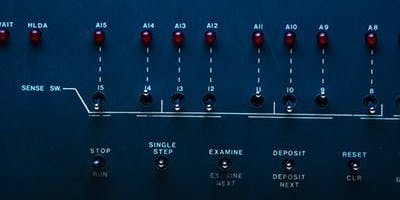