The story of Olivetti computers spans across several fields, taking place at the intersection of information science, design, ergonomics, human-machine interaction, along with Adriano Olivetti’s personal philosophy about industry and society. Beginning with Olivetti’s joint venture with Pisa University computer, the seminar will introduce the Olivetti ELEA 9003, the first mainframe computer serially produced by Italy in 1959. Together with the Macchina Ridotta and the Calcolatrice Elettronica Pisana (CEP), the ELEA computer series opened up a path for future developments in both the Italian computer field and abroad. Olivetti inspired IBM corporate design changes in the late 1950s, as cited by Thomas J. Watson Jr. in his 1973 University of Pennsylvania lecture “Good Design is Good Business&rtdquo. The company’s distinctive attention to industrial design and human factors was also crucial for the Programma 101 desktop programmable calculator, presented in the US at the BEMA show in 1965. Through rare pictures and footage, the presentation will cover Olivetti’s computer technology, history and design from the early 1950s until the late 1960s.

Elisabetta Mori is a PhD candidate in the History and Philosophy of Computing at Middlesex University, London. The focus of her academic research is European history of computing of the 1950s and 1960s, with a special interest in Italy and the UK. She is a member of the Agence Nationale de la Recherche-funded project “What is a (computer) program?” and she is collaborating with the Museum of Computing Machinery of Pisa University in Italy, the LEO Computers Society and the Archives of IT in the UK.

Refreshments will be provided. 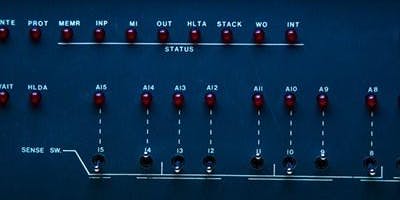