We have grown used to software which is 100% reliable and which can be updated in situ without any interruption of service. Amazon and Google provide services which operate in this way. However, despite the fact that banks insist that the cashless society is almost upon us, they seem unable to provide us with systems which function correctly 24 hours a day every day of the year.

Almost all the major UK banks had unscheduled IT downtime during 2018. This has not just caused customer frustration; in many cases, it has caused financial hardship. Why does this continue to happen? For sound commercial reasons, banks are usually unwilling to discuss the hardware or software problems which cause a break in service.

This talk brings together information which is publicly available about the problems encountered by TSB in April 2018 (which cost the bank an estimated £176.4 million pounds) in an effort to shine some light on the issues bank systems need to take into account.

Prior to his retirement in 2015, Mike was Director of Academic Quality and Enhancement at Birmingham City Business School. Mike became a Member of the BCS in 1982, a Chartered Engineer (CEng) in 1990, a Fellow of the BCS in 1998 and a Chartered IT Professional (CITP) in 2005. He currently moderates software engineering papers as part of the BCS Higher Education Qualification and is a member of the BCS Academic Accreditation Committee. Mike is also an Engineering Council Liaison Office observing the Institute of Marine Engineering Science and Technology (IMarEST).

He has appeared on Radio 4 and has commented on topical IT issues in a number of Midlands Today news broadcasts.

Will catering be provided?

Refreshments will be provided

About the organiser: The Wolverhampton Branch organises this event; find out more about the group at www.bcs.org/category/12462. 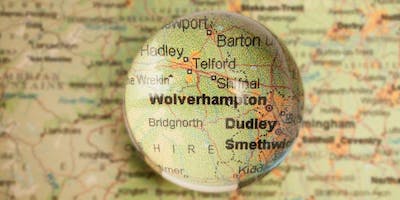