In his talk, Bob Crooks will outline some of the issues and statistics around E-Waste, discuss how the huge volumes involved are being tackled and highlight new ways that are now being adopted to deal with this ever increasing challenge.

Now retired, Bob worked for the Dept for Environment, Food and Rural Affairs for over 40 years where he undertook a number of roles across all aspects of IT systems development including programming, analysis and design, project management and authoring IT strategies. including the first UK Government IT Technical and Sustainability Strategies. He led and delivered the UK Vessel Monitoring and Tracking system for fishing vessels (VMS) which became the reference system for other EU coastal states for whom he led an EU Expert Group which drafted the technical regulations subsequently adopted by the Commission. Before retiring from Defra in March 2018 he was the UK Government lead for its Sustainable ICT programme under which he had set up the HMG CTO Council's Green IT Development Unit (GDU) of reps from each UK central dept.

The GDU went on to develop and publish the UK government strategy for sustainable IT which is now refreshed annually by the CTO Council and includes an annual cross-department footprinting of ICT energy consumption, carbon emissions and e-waste. In Defra he led the sustainability assessments for their Unity procurement of new IT services for the core dept and the Environment Agency (some 20,000 staff), working with sustainability leads from the 7 short-listed companies including IBM, ATOS, and CAP Gemini, to develop their solutions. In retirement Bob has remained in his role of Chair for the BCS Green IT Specialist Group which has around 1,000 members spread across some 25 countries. The Group has run many events and Roadshows for branches including Green IT, sustainability of IoT systems and currently E-waste.

Bob obtained his MBE in 2007 for his work in setting up and running a local charity for the Homeless. He now also chairs a furniture recycling project in Guildford and the Occam Singers, an amateur choir that puts on choral concerts for charities, and has recently been elected as a Green Party Town Councillor for Godalming.

Free Car Park 7 is adjacent to the venue. 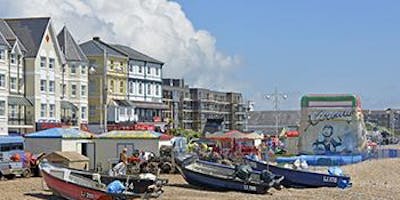