Election of Officers and Committee members
(The following is taken from the Fortran SG Constitution:https://fortran.bcs.org/constitution.pdf

The name of any member accepting nomination for election or re-election as an Officer or as a Committee member shall be submitted in writing to the Secretary 7 clear days prior to the date of the AGM by two members of the Group with the written consent of the nominee.  "In writing" applies equally to email or paper copy.)

Joint meeting with Computational Physics Group of Institute of Physics

Last year’s joint meeting ended with an open discussion on requirements for future Fortran standards and a show of hands demonstrated support for a half-day meeting devoted to the topic. This is that meeting.

We will begin by setting the scene with reports on the implementation states of Fortran 2008 and 2018, because much concern has been expressed about the delays and the consequent need for the next revision to be small. Next we will hear a summary of what was decided at the WG5 meeting in August. Most of the time will be devoted to a discussion of the audience’s questions and suggestions led by a panel of three members of WG5.

13.00   New Flang — The modern Fortran frontend of LLVM
Kiran Chandramohan, Arm
This talk introduces Flang, a new Fortran frontend being written in modern C++. Recently it was accepted as the Fortran frontend of the LLVM compiler infrastructure. The talk will provide a brief introduction to Flang, motivation for writing this new compiler, design principles, architecture, status and timelines, and an invitation to contribute.

13.30   Cray Compilation Environment (CCE) feature status by example
Anton Shterenlikht and Harvey Richardson, Cray UK
This talk will cover some of the Fortran 2018 standard features implemented in the Cray Fortran compiler, illustrating them with examples and performance data when relevant.

14.00   Tracking Fortran Implementations
Ian Chivers, Rhymney Consulting
This talk will describe our efforts in tracking the status of Fortran implementations as they implement new standard features.

14.10   Report from WG5
Nathan Sircombe, Arm
A report on the discussions and decisions made by WG5 at its meeting in August 2019.

Where appropriate, please write slides and be prepared to present them. A detailed mini-programme will be prepared before the meeting.

THIS EVENT IS BROUGHT TO YOU BY: Fortran Specialist Group 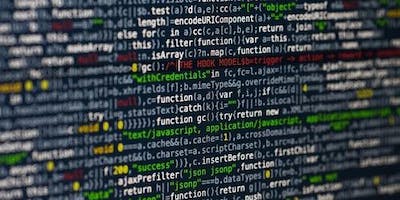