Open Data is often mentioned alongside its bigger sisters of Open Software and Open Hardware, but so far the movement has not enjoyed as widespead success. But why not? What more could people be getting out of open data that would drive its adoption? In this evening of talks, our speakers make the case for open data and show all the benefits that sharing data openly and widely can bring.

Ian Watt
The term Open Data is generally understood to mean data that has been published, often by government, in a neutral format and with a licence that allows re-use. What is less clear are the reasons for opening data: the drivers; the economic and social benefits; the legal obligations and even the moral imperatives. In this short talk Ian Watt will cover these in a way which will not only aid understanding but will help someone to build a case to make their organisation’s data open too.
Ian is a Data Scientist and CEO and co-founder of the charity Code The City which operates Scotland’s only node of the Open Data Institute – ODI Aberdeen. He has been a prominent advocate for Open Data for almost ten years. Until his retirement from local government in 2017 he led the open data programme for Scotland’s seven cities. He recently became the civic society lead for Commitment Three (covering open data and data literacy) for the Open Government Scotland plan. He is on the steering group of Stirling University’s Data Commons research project, and is a non-executive director of Democracy Club, a UK CIC who use open data to improve democratic engagement.

Leigh Dodds
What is open data? How has the publishing and use of open data evolved in different communities? And how does it compare to the open source movement?
In this talk Leigh will explore how the open data movement has evolved, how it compares with other “open” approaches and discuss how combining approaches can help to create open, trustworthy data ecosystems.
Leigh is Director of Delivery at the Open Data Institute where he helps to define, lead and deliver a range of projects and programmes to help build an open, trustworthy data ecosystem. Leigh has over 20 years experience in a variety of technology focused roles, including as a software engineer, product manager and technical consultant. For the last ten years he has worked on a range of open data projects across the public and private sector. He also chairs the Bath: Hacked volunteer group, exploring use of open data in Bath & North East Somerset.

THIS EVENT IS BROUGHT TO YOU BY:
BCS Open Source SG https://ossg.bcs.org/ 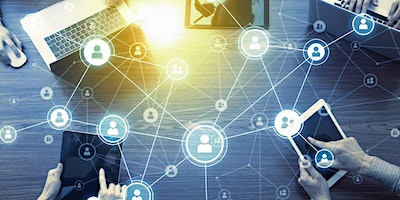