When the 250 ft Mk I radio-telescope was commissioned in 1957 at Jodrell Bank, it was controlled by an electro-mechanical analogue computer. Then in 1964, a Ferranti Argus 100 computer became the first in the world to control the operations of a radio telescope. Since then several generations of increasingly complex computers have been used both for the control of Jodrell Bank’s telescopes and data acquisition from them.

At the turn of the millennium, Jodrell Bank was given a major grant to upgrade the MERLIN array. Fibre optic links capable of carrying up to 30Gbps between each telescope and Jodrell Bank were installed, as well as a new correlator to combine the data, allowing MERLIN to become far more sensitive. It is now known as ‘e-MERLIN’, the largest fibre-linked array in the world and the second most sensitive. Jodrell Bank continues to produce world-class science, along with that of the Lovell Telescope. Now undergoing its third major reconstruction, Jodrell Bank is pre-eminent in the observations of pulsars and a key element in the European VLBI Network, which can produce the highest resolution radio images of any instrument in the World.

In 1990 he helped found the Macclesfield Astronomy Society and later became president of the Society for Popular Astronomy, the UK's largest astronomical society. He holds the post of instrument and imaging advisor helping members with their choice and use of Telescopes. He lectures widely on astronomy, and has written a university astronomy textbook and three books for amateur astronomers. He also writes a monthly sky guide for the Observatory's web site and produces an audio version as part of the Jodrell Bank Podcast.

In 2003 the Minor Planets Committee of the International Astronomical Union named asteroid 15,727 in his honour, citing his work with MERLIN, the world's largest linked array of radio telescopes, and his role in searching for intelligent life beyond our Solar System in Project Phoenix. In 2007, he was appointed to the post of Gresham Professor of Astronomy − the oldest chair of astronomy in the world, dating from 1657 and once held by Christopher Wren.

This event is brought to you by: Chester and North Wales branch 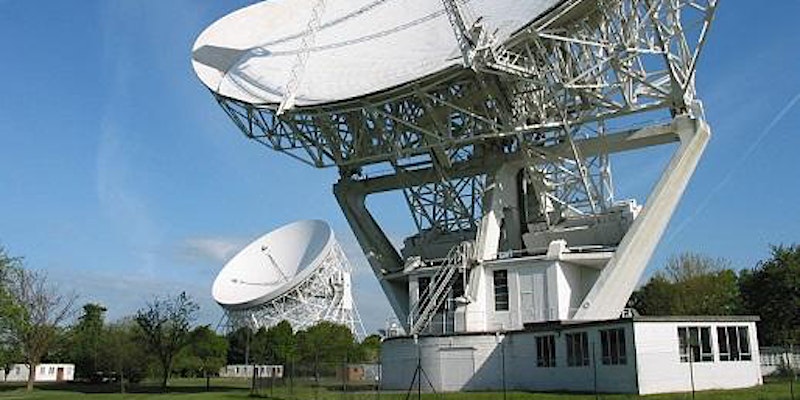