In January 2020, the US used a drone to kill Iran’s General Soleimani in Iraq.

This was the first time a State's armed drone targeted a high-level official of a foreign state on the territory of a third one - a significant escalation.

Seven years earlier, in 2013, then UN Special Rapporteur Christoff Heyns warned that “the expansive use of armed drones by the first States to acquire them, if not challenged, can do structural damage to the cornerstones of international security and set precedents that undermine the protection of life across the globe in the longer term.”

The world now has entered the “second drone age” with a vast array of State and non-State actors deploying ever more advanced drone technologies.

Agnes Callamard and her colleagues' report continues the work of two previous UN Special Rapporteurs focused on drones’ targeted killings and highlights the lack of clarity among States about their obligations, the absence of accountability and States’ broad and permissive interpretations of the rules (see A/HRC/26-36, A/68/382).
Dr. Callamard's most recent report discusses reasons behind a notable increase in the use of drones and legal implications. It identifies the mechanisms and institutions (or lack thereof) to regulate drones’ use and respond to targeted killings.

The report shows that drones are a lightning rod for key questions about protection of the right to life in conflicts, asymmetrical warfare, counter-terrorism operations, so-called peace keeping situations, failures of national and international institutions mandated to protect human rights, democracy, peace and security.

She has led human rights investigations in more than 30 countries. As UN Special Rapporteur, she undertook the investigation into the extrajudicial execution of Saudi journalist Jamal Khashoggi.

Dr James Rogers
James Rogers is DIAS Assistant Professor in War Studies, within the Centre for War Studies, at the University of Southern Denmark, and Associate Fellow within LSE IDEAS, at the London School of Economics. He is currently Special Advisor to the UK Parliament's All-Party Parliamentary Group on Drones and has advised on A/HRC/44/38, the United Nations Special Rapporteur's latest report to the 44th Session of the Human Rights Council.

This event is brought to you by: Law specialist group 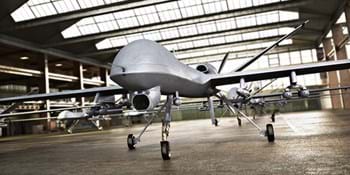